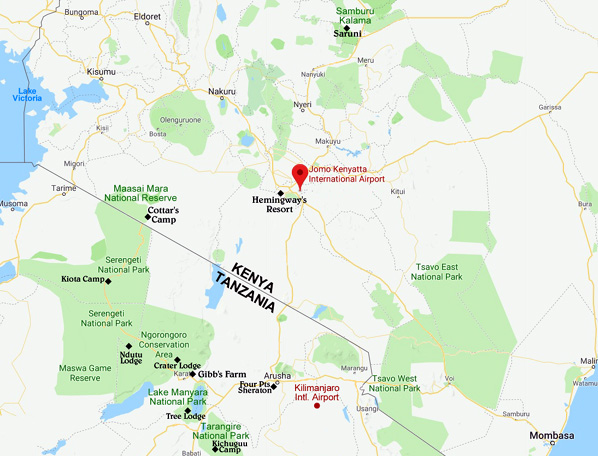 Thursday I leave for seven weeks of guiding safaris in Kenya and Tanzania. Stay tuned! I try to post as often as I can!

This is the season of the Great Migration, when more than 1½ million white-bearded gnu (wildebeest) joined by hundreds of thousands of zebra, settle down in the southern grassland plains of the Serengeti to calve.

Anyway, that’s what they’re supposed to do! Readers of my blog know all too well that climate change and the simple characteristics of the wild sometimes blow this plan to smithereens! But I do my best to put it back together and find the great herds.

The reason the great herds “normally” coalesce like this for the calving season on the southern grassland plains of the Serengeti is because these are the most nutrient grasses in the entire East African ecosystem.

It’s raining and the grasses are prolifically covering the plains. This is the lowest area of the Serengeti/Ngorongoro/Mara ecosystem and that, too, contributes to the more nutrient grasses.

The wilde calves have only a few months to feast and grow strong before they, too, have to start running wildly, sometimes hours at a time. When the rains stop, the grasses die quickly, and the wilde race north trying to catch up with the receding fronts of weather.

But I’ll be doing much more on this series of safaris. I’ll be in Kenya’s magical Northern Frontier with so many rare animals and birds and such spectacular scenery! I’ll return to where I got my safari legs, Kenya’s great Maasai Mara.

I’ll take people to see the largest collection of elephant on earth, in Tarangire!

And, of course, we’ll be doing and learning all sorts of other things, in the fast developing, exciting city of Nairobi, and in the now legendary paleoanthropological site of Olduvai Gorge, among many other interesting and dramatic places.