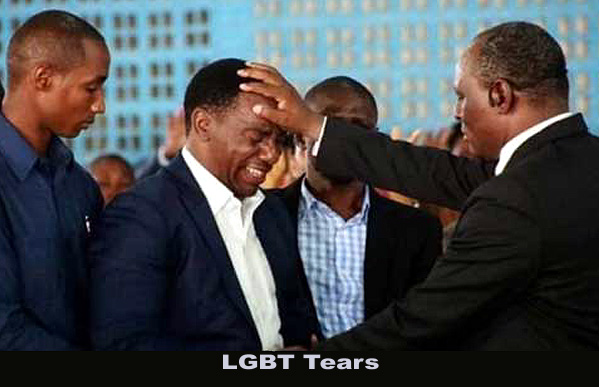 It really is all about the economy. Serious safari cancellations noted last week – including that of Queen Máxima of the Netherlands – because of Tanzania’s announced crackdown on gays has caused a firestorm in East Africa. It’s still burning:

Over the weekend the government jailed a local overtly sexual popstar, the European Union recalled its principal Tanzanian diplomat, the Tanzanian government claimed that “the campaign… is a personal stance and not the State’s”, and the U.S. Embassy in Tanzania released a “security alert.” How should we read all this?

That the fire is still burning. We don’t know yet what’s been incinerated. Policy statements that were promised from a number of Tanzanian safari vendors did not appear in emails as expected this morning.

That means these companies believe that something more coherent will develop soon. Basically they’re waiting to see how far the official Tanzanian government distancing from the Dar-es-Salaam crusading governor actually goes.

Paul Makonda is Dar’s Regional Commissioner (mayor/governor) and the man at the center of the controversy. He’s a fanatic Christian and most believe one of Tanzania’s president’s closest confidants.

His actions since being appointed several years ago have reflected a crazy evangelical constantly testing the limits of his power. His edicts against drug use and prostitution actually moved the whole government in a much more conservative direction.

The first warning came earlier this year when America and other western powers began criticizing his unilateral actions against opponents, mostly at the time from the LGBT community. That has dried up as Makonda’s actions proved effective.

The jailing this weekend of the local video popstar, Amber Rutty, is a perfect example of just how far Makonda’s policies have influenced the courts which exercise incredible power in Tanzania. Rutty’s explicit sexual music videos were common among multiple entertainers throughout much of East Africa five years ago. They are no longer.

Makonda must have known about the government announcement, today. Yesterday he went on a widely publicized visit to an extreme Christian church in Dar which has become a sort of sanctuary for him from his opponents.

After publicly announcing that she was too sick to go to Tanzania Wednesday, Queen Maxima of the Netherlands continued a busy weekend schedule starting with a visit to a suicide prevention center. Few would normally care that the Dutch queen was going on safari. Many care that she’s cancelled it.

The Dutch diplomat recalled to Brussels this weekend was characterized by an Amsterdam newspaper as “known for his frankness.”

When Ugandan president Museveni initiated numerous actions against gays there was a similar outcry, but Museveni held firm. Ugandan tourism suffered very seriously, but like all steadfast policies, eventually the world retracts its focus. After more than 15 years of very, very aggressive oppression of all sorts of human rights in Uganda – including the LGBT community – tourism is once again on the increase.

In Tanzania’s case it’s just beginning. Tourism revenue is much more important to Tanzania than it ever was to Uganda, although it is falling as a percentage of the country’s GDP as numerous new mining operations begin.

But the LGBT crackdown in Tanzania also seems now to be effecting neighboring Kenya. EWT received today “Christmas specials” from Kenyan operators for a period that is normally booked full sometimes two years in advance. If this really does represent a reaction to the Tanzanian policy, you can be sure that Kenyan President Uhuru – himself a proponent of anti-LGBT legislation – will lobby his Tanzanian counterpart to back off.

So if enough queens continue to cancel their safaris right now, I think the government will reign in Makonda, at least for the foreseeable future. We’ll see.