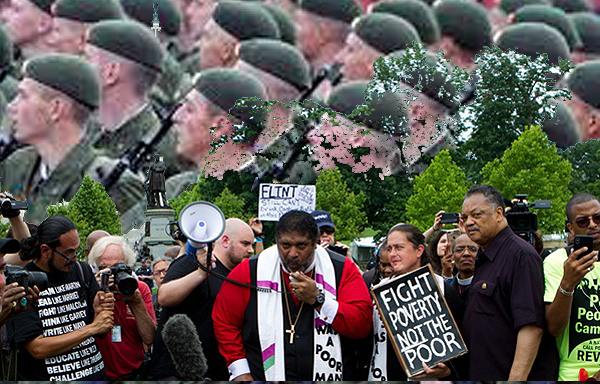 In the British Parliament a prominent Lord urges the government to recolonize Zimbabwe. Russia’s methodical promotion of oligarchy finds purchase in the Central African Republic, where it’s close to controlling the government. In the U.S. religious groups blossom in the progressive wing of the Democratic Party.

Like any revolutionary period, politics becomes so upset that old ideas resurface and new ones fashioned of opposite extremes develop as well. That’s happening today in Africa as in the U.S.

The populist British Daily Star newspaper proceeded to list all the reasons that Lord Palmer was right: continuing and mounting civil unrest, torture, violation of human rights, aborted international agreements. It’s just the kind of red meat that a tabloid needs. The suggestion would likely have been dismissed totally by today if the government of Zimbabwe hadn’t reacted so heatedly, legitimizing the idea.

In a lengthy and aggressive statement, a Harare spokesman said in part, “Colonisation, like its cousin, slavery were a blot on humanity and epitomise all that is wrong about humanity. Zimbabwe fought a protracted war of liberation to free itself from the albatross of colonialism. Life and limb was lost.”

The result will likely not be the recolonization of Zimbabwe, but very possibly the slight chance that Zimbabwe hoped for to re-enter the Commonwealth now seems doomed, and precisely buried as a part of this conversation.

Russia has been carefully but aggressively inching its way into governments throughout the world, taking special advantage of Trump’s total disinterest with world affairs. France’s new weakness politically gave it immediate entry into a number of old French colonies.

Starting in the end of 2017 Russia began courting the very troubled government of the Central African Republic (CAR). By mid-2018 it had a military toehold. By the end of 2018 it was thumbing its nose at France and being quite public about its intentions.

Those intentions are quite simple: There’s no better society-lesson than the CAR to prove that oligarchy is the best form of government. (And a telling part of this tale is that Russia has got the U.S. to support it.)

The CAR is one of the richest areas of Africa for natural resources. So Russia is not doing this out of any moral imperative. But it believes – as it has demonstrated in Crimea formerly the Ukraine – that iron-fisted rule will ensure the trains run on time.

The CAR ended a generational civil war in 2013 that was basically an educated, well-trained Muslim militia fighting a much larger but uneducated and poorly trained Christian group of divergent peasant clans.

The French organized end to the war resulted in a reasonable government mostly controlled by Christians who compose 80% of the population. Shortly thereafter, the Muslims staged a coup and took control of most of the country.

Endless fighting has followed. As in the eastern Congo (DRC) all sorts of warring militias emerged trying to control small areas with rich mineral resources that fund their weaponry.

With Russia’s military involvement, hostilities have reduced and France is furious at how the Christians are being marginalized.

While France promotes more UN involvement, Russia today hosts a “peace conference” in the hardly peaceful Sudan which will among other things, rubber-stamp a Russian military base – its first in Africa.

Meanwhile, the U.S. is vigorously opposing France’s UN moves! Russia is the only other member of the Security Council joining the U.S.

In such a cockamamie world, it seems refreshingly wonderful that evangelists want to emerge as a powerful force of the progressive left in the U.S.

But that’s the world today: the global 21st Century Revolution.