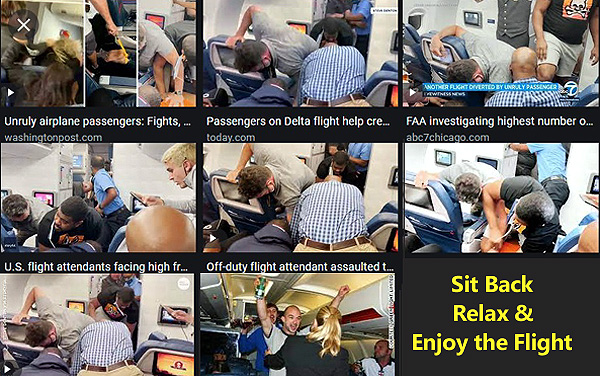 Imagine at long last! You wiggle happily into your preferred economy seat that you agonized over buying. Not bad. As the stream of pushing and shoving passengers push down the aisle to the back of the plane you smile quietly nodding your head to yourself. Preferred economy was undoubtedly the first right decision. Sighing you just hope that all the other decisions will prove just as good!

Vacations were never as important. As problematic. As uncertain. The long time since you last left home because of the pandemic grew so depressing that it was difficult to spring out of! The first difficult decision was just to do it! And you did! Congratulations!

So everyone’s in their seat and those cute little bells signal the doors are closing. Normally now you’d fall asleep. But you’re too excited! The a/c revs up, you feel that waft of cooler air as you barely hear the engines starting. At last! You look out the window through your reflection at the guys pulling away the baggage cart. What a super decision to pay for the window seat!

Then, something goes bad. Before you focus your ears or turn your head your heart is beating furiously.

That “first-class passenger and was extremely abusive to the stewards,” you later tell authorities as reported in the New York Times. “I could see the writing on the wall — they gave her a lot of warnings, so we were kind of ready for it.”

The bald-headed man seated next to you on the aisle throws a playing card at you when you glare at him for shouting at the flight attendant trying to restrain the first-class passenger.

He then “began making stabbing gestures at others aboard the aircraft,…snorted what looked to be cocaine out of a plastic bag and continued to be unruly, prompting the crew members to arm themselves with mallets used for crushing ice,” reports NPR.

He gets out of his seat, throws his mask on the floor and starts shouting something about ‘My Freedom!’

“I honestly thought today I might die,” you tell the Times.

“Ultimately, it took three flight attendants and three passengers… to restrain the man, move him to the floor and then bind his hands and ankles with tape and zip ties.”

The above account is fictional in the sense that I’ve combined multiple true stories into one. There were actually 7,000 such stories in 2021, according to the FDA, that reached a level of violence that required police to subdue passengers.

The Washington Post reports, “The vast majority of midflight disruptions have involved passengers who refused to follow requirements that they wear masks.”

Following a particularly disruptive 2021 including more than a dozen flights that were aborted in order to land quickly the CEO of Delta Airlines last week wrote a letter to Attorney General Merrick Garland asking that a “No-Fly List” be created domestically as it currently exists internationally.

Right now American Airlines is trying to enforce its own no-fly list but the airline is legally restrained from sharing its list of disruptive passengers with other airlines. The Delta CEO wants that changed.

The ink on the Delta letter wasn’t even dry before Republican Senators warned Garland about taking any such action:

Senators Cruz, Rubio, Lee, Scott, Hoeven, Kramer, Lummis and Lankford argue that doing so equates these individuals with “terrorists.” (True.) The Senators affirmed the data shows the “vast majority” are anti-maskers or anti-vaxxers (true) but that there was “significant uncertainty around the efficacy of this mandate” (absurd).

It’s uncertain if these Senators are brain-washed or power-crazy or both. But I think it’s only fair to presume the vast majority of disruptive passengers are brain-washed. Men, women and even groups of high school teens are among those who have been arrested for violent behavior aboard aircraft.

They aren’t politicians. They’re from every walk of life maybe trying just like you to enjoy their first vacation in a long time. The “majority” almost “vast majority” of these come from Red States.

Now, sit back and enjoy the flight.