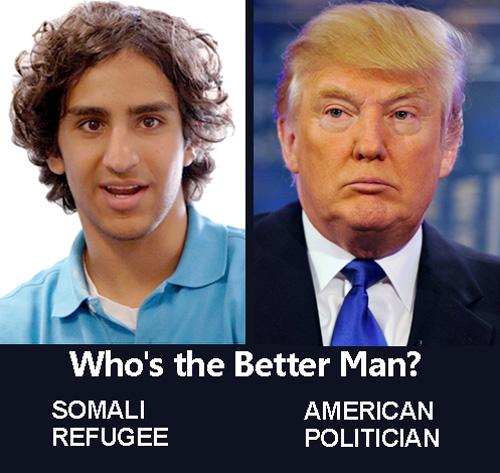 My first job after the anti-war movement was in Paris with UNESCO. Diplomats were aghast back in 1971 that before the end of that year there could be one million refugees under the responsibility of the United Nations.

That is one out of every 113 people who live on planet earth.

Two years later Kathleen and I were working for the Kenyan government on the border with troubled Uganda under the ruthless dictator Idi Amin. We traveled into that dangerous country and saw first-hand the devastation that gives rise to a refugee.

We saw children scraping roadways for food. We saw people dying. We saw educated people hiding for fear they would be killed for no reason other than they were educated.

We saw people who made the incredible decision to leave home.

I don’t think most Americans understand refugee-ism. In our current politicized environment, in fact, it seems to boil down to believing most foreigners are on-the-take, people making somewhat casual decisions to increase their opportunities.

Most refugees have no idea where they’re going once they pack up to leave.

Imagine that. Imagine deciding that your situation is so dire that you have to leave, no matter where you go or what might happen to you. “Chance” which obviously might include something worse is better than sitting still.

I’ve watched Americans mature in my life time as they inch towards the realization that they are not just Americans, but human beings, members of the same race on the same planet, brothers and sisters no matter what.

How can we tolerate such displacement of our fellow human beings?

The Brookings Institute says it’s because Americans have been brainwashed into being afraid of refugees. “Brain-washed” are my words.

The hardness, the callous disregard of our fellow human beings is about the most disgusting, low and immoral position any other human being can take. The “plasticity of public sentiment” – which is how Brookings sugar-coats brain-washing – among Americans is so damn embarrassing. For the first time in my life, when I find myself in a foreign environment unable to fully explain my country, I find myself ashamed of being an American.

We have to look inwards and understand that nobody is trying to minimize our anger – or our fear, for that matter. But directing our worries upon unknown fellow human beings and presuming totally absurd things about them — particularly when those refugees are among the most honest, courageous and loyal of all in our shared species – is nothing short of social and intellectual blasphemy.

It reeks of an egocentrism and selfishness that belongs exclusively to The Dark Side.

Not one of the dozens that come to mind ranks one baby step in moral or intellectual stature below myself, my mayor, my governor or senator or religious guide, my mentors or my favorite people. To a person they have demonstrated the best of a human being.

It’s one thing to sling invective at opponents for ideological reasons. It’s another to condemn your own species.