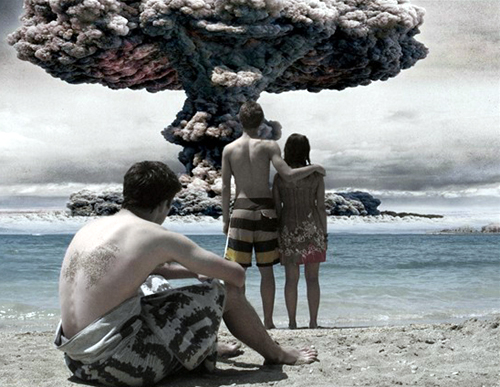 Things are calmly down, slides in travel are reversing, and African tour companies are once again shooting themselves in the foot.

In the last ten days a wave of African travel companies have issued new cancellation policies addressing a perceived fear by potential travelers of ebola, which does absolutely nothing except increase fears.

As far as I can tell it began with one of southern Africa’s most reputable and larger companies, Wilderness Safaris.

Wilderness is a holdover from archaic marketing days and still doesn’t sell directly to the consumer, so it sent a rather petulant email to agents worldwide that began by deriding the notion that ebola in West Africa could effect holidays as far away as East and southern Africa.

But then sighing through the internet, the company issued a new policy that said it would cover any difference in lost cancellation fees from nonrefundable payments not refunded by the travelers own insurance company.

Sounds pretty good, doesn’t it? It didn’t take long for a whole bunch of companies throughout the continent to follow suit.

It’s meaningless – at least for Americans – and in my opinion is totally counterproductive.

Read the revised policy’s fine print. (1) WHO must declare an “outbreak” in the country in which the safari is scheduled. (2) The traveler must then apply first to his own travel insurance company for refunds of monies on deposit. (3) Whatever the insurance company doesn’t cover, this widely adopted policy will not refund cash but rather a credit for future travel, which is limited by time and other conditions depending upon the specific company.

(1) There is currently much more ebola in the United States then in any sub-Saharan country. WHO has not declared an “outbreak” of ebola in the United States. That is a strategic-specific term that precedes an actual “epidemic” and it requires multiple cases in multiple locations. So to begin with, a single case say in a game park in South Africa will not trigger this policy.

(2) I’m not completely knowledgeable about the travel insurance available to other than Americans, but in the United States there is not a single travel insurance company that covers a travelers’ decision to abort their trip because of ebola or any other public health emergency. In the U.S. normal travel insurance provides benefits strictly for accidents and other health conditions befalling the traveler him/herself.

(A few very expensive policies cover terrorism, and consumers can spend an enormous amount of money for “cancel for any reason” but for most travelers these rare policies are prohibitively expensive.)

In other words, normal travel insurance bought in the U.S. will not provide benefits for a public health emergency in the country scheduled to be visited.

Refunds of part of your deposited trip, and not others, essentially mute out the first refund: Few Americans traveling to Africa will deposit on a trip there without also buying their air fare. There is no indication whatever that any airline will issue any refund for a travelers’ decision to cancel because of a public health emergency.

(3) As most established travel agents and operators worldwide know, most local African companies are quite liberal in extending nonrefundable date-specific services for almost any reason. In other words, most travelers are able to reschedule their previously deposited trip to a later date with no penalty for any reason, much less ebola.

For Americans, then, there is absolutely no benefit whatever from the newly expressed policies.

Most American consumers are a bit more savvy than Africans believe their geography quotient may be. I think most consumers will see this for what it is: a marketing gimmick. Gimmicks don’t help sales.

Consumers who consider the policy more substantial than a gimmick will actually be further deterred: Creating policies that on their surface seem beneficial to the potential traveler only if an outbreak actually occurs suggests that company is conceding that an outbreak is possible.

When the risk is nil. Consider that several of the last ebola outbreaks occurred in Uganda, a popular East African safari country. It never turned into an epidemic, and Uganda’s health-care system countrywide is below average compared to most other sub-Saharan countries.

Consumers – especially in America where two of its largest cities now have had locally developed ebola (Dallas and New York) – are recognizing however slowly that sub-Saharan Africa is actually less risky to visit than the Cowboys’ new stadium or the Statue of Liberty.

African travel companies have always been a little bit behind the times. This stupid policy does nothing but reignite irrational fears.