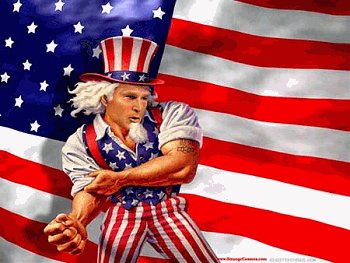 The Presidents’ Day Holiday in America, today, is perhaps the least celebrated of the year, and it shows how America like much of Africa is moving away from a powerful executive.

The exceptions validate the rule, so the dozen or so African dictators still in power in places like Uganda, Zimbabwe, Cameroon and Chad, among the most egregious, delineate the old days. As modern African societies emerge and new constitutions are formulated, the chief at the top gets less and less power.

And so it’s distressing particularly when a country like Senegal that had embarked on the modern trajectory does a U-Turn. Senegal’s tortured constitution limited a president to two terms, but Senegal’s even more threatened tortured court system abrogated that section and the current 2-term president, Abdoulaye Wade, is now running for a third term as his society implodes.

But he’s the exception to the rule, and what we see in Africa more often now is gentlemen politicians conforming to the rule of law that limits their powers. The most outstanding example is Kenya, where despite mounds of complicated legislation enacting a new constitution, the old men that used to run the country will probably not be running it for much longer.

And Tanzania, and South Africa, and Liberia and many, many others. All places where modern African societies realized that single personalities – the Grandpa authority – were no longer appropriate as social chief executives.

Ultimately, I believe even America will have to come round to this view. Our president is one of the most powerful social chief executives in the world; probably the most powerful among democratic countries. I think this may have worked well in year’s past when essential U.S. policy was pretty unidirectional.

But today, with radically opposed polarities, the prospect of a strong liberal president being succeeded by a strong conservative, etc., does little to move society in any direction but crazy figure eights.

The new societies – the emerging African societies – are designing and experimenting with better forms of democratic, capitalist government. America will have to follow.

Many government offices are closed, today. Banks are closed. The post office is closed. Some schools are closed and most businesses, like EWT’s, are “technically closed” with the phones not answered. But many workers, like me, are sitting here at their desks like most any other work day.

Perhaps an affirmation that a strong chief executive shouldn’t be quite so empowered, anymore.