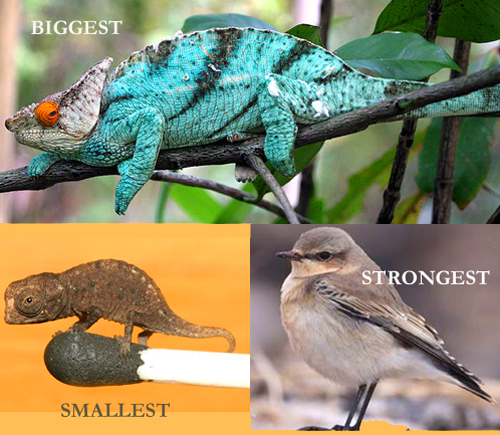 I have personally seen the northern wheatear breeding in Alaska and foraging in Africa, and we’ve not known until now where the Alaskan birds migrated. That’s because there are wheatears in eastern northern Canada and even Greenland and Scotland.

Most bird migrations are determined in a pretty easy way. The bird is banded and then it’s found where it’s migrated to. And dozens and dozens of wheatears have been banded, but they’ve never been found.

That wasn’t actually unimaginable with regards to the wheatear. Unlike most species of bird, the wheatear breeds over a massive portion of the northern hemisphere and there are lots of them. So the odds of a banded bird being found were greatly reduced.

But technology to the rescue! The bird is so small, .8 ounce, that anything other than a light-weight leg band could not be used for tracking, until scientists recently concocted a really itty bitty geolocator hardly heavier than a band. And that’s where this data comes from.

There’s a real surprise, too. The birds in Alaska travel west to Africa. The birds in eastern Canada travel east. The route from Alaska to Africa is impressive: nearly 20,000 miles roundtrip! The eastern migration is half that, but it has to cross the Atlantic Ocean, the world’s most turbulent sea.

So either way around this you’ve got a remarkable little African bird! (Well, it’s also an Alaskan, Canadian, Greenlander, and British Isles bird, too.)

Note: the birds with the longest migration (approaching 50,000 miles) are the arctic tern and winged albatross.

The other fabulous African nature news this week was of still more treasures from Madagascar. We’d already found the world’s largest chamaeleon there. Parson’s chameleon is the size of most cats! Now this week scientists announced the discovery of the world’s smallest chameleon. It can fit on a matchhead!

What is really amazing about this, actually, is that these two creatures from Madagascar although definitely both chamaeleons in many common ways, are probably very different and likely have extremely different evolutionary paths.

Their point of last convergence could conceivably be at the dawn of reptiles, meaning more than 250 million years ago! The fact that they then physically changed so little except in terms of their size, likely has something to do with the special island-continent ecology of Madagascar. Island systems provide narrow paths for evolution, encouraging speciation but then subsequently constricting radical divergence.

On safari we usually find a chameleon or two and always some type of wheatear (there are several). Along with the new snakes and new primates and primate behaviors discovered recently in Tanzania, we’re learning that Africa has much more to reveal than we ever thought before!