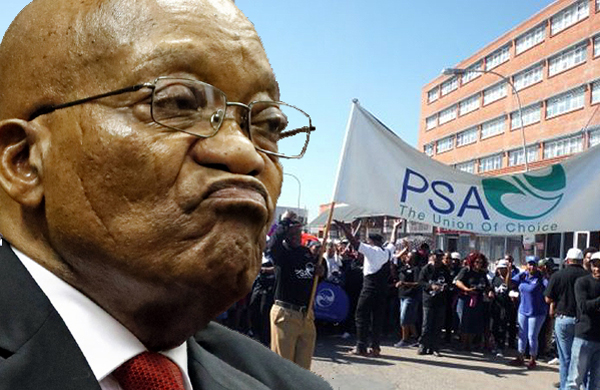 Jacob Zuma and Donald Trump have been compared to one another by many whose blogs get more readership than mine: Trevor Noah, for one.

The course Zuma’s life is taking following his resignation in disgrace I think is near exactly what will happen to Trump in America.

South Africans suffered Jacob Zuma as president for nine years, a year less than the full two terms. No one thought he’d make it into the second term… (So, like here?) He resigned in disgrace to avoid what would have been South African impeachment. The country rocked in joy, but four months later the smiles are wearing thin. Zuma’s damage was more than any imagined, and the country is starting to scream pain.

Tomorrow Jacob Zuma may have his first serious day in court. I say “may have” because the courts have yet to decide if all his former government and private legal defense funds remain usable.

Zuma is facing so many indictments, has been subpoenaed for so many depositions, that some comics claim he will never actually get to jail since the rest of his life will be spent in courtrooms.

But once Zuma finally takes the witness stand for something, all hell could break lose.

“Do not provoke me,” Zuma warned his opponents in a public speech yesterday. After nine years — Zuma has told others — the amount of evidence he has personally amassed against scores and scores of others is staggering.

After all, he couldn’t have done it all alone.

Imagine even were Trump to resign today how many people he could get in trouble! Shielded to some extent from prosecution of some acts perpetrated while being the executive, none of the co-conspirators or henchmen enjoy such immunity.

Trump could probably send Devin Nunes, for example, to the clinker for decades.

As will be the case with Trump Zuma retains public support which is close to rabid. As Noah and others have often explained the less educated, more disenfranchised and more angry in society simply don’t have enough skin in the game to discover the truth.

They refuse to accept the soon-to-be-proved-in-court facts of money laundering, lying, obstruction of justice and numerous other crimes. Once proved in court, they will likely simply discount the court.

They’ve cast their lot with the rebel as the only hope they perceive. Now that Zuma’s been ousted, they’re angrier than ever.

Monday one public sector union plans to “close down the country” including border entry for tourists and business people. It’s an absolutely ludicrous move ostensibly over wages.

The government has agreed to a 7-8% wage increase, and the union is “demanding” a 10-11% increase. Their difference is hardly the stuff that should shut down the country, but it’s telling what the leader of the union said at a rally yesterday:

“When we are on strike, Jacob Zuma does not have to worry that he will be prosecuted, because there will be nobody in the courts.”

Jacob Zuma became president of South Africa almost like Donald Trump did, and with few believing it would ever happen. He was then constantly castigated by the intelligentsia and the media, a chorus of criticism that grew so relentless he actually succeeded in even more brazen misdeeds as the public grew numb to the bickering.

The relief expected when he finally resigned has long been spent. The recognition that he came to power by the powerless is now being fully understood. The powerless have tasted power; unfortunately they’ve bought into the narrative that it wasn’t long enough to remedy their situation.

So they are not likely to give in easily, now, certainly not until their own legitimate grievances are addressed.

The grievances are universal: disequality (intentional inequality). Income disparity. Racism and gender inequality. Lack of class mobility. Expensive education. All the bad things you can come up with. All the things that are the bulwark of a modern, democratic, capitalist society.

So now what? Well, watch Zuma’s trials … when they finally occur. And watch the country’s strike on Monday. Both will tell us a lot.