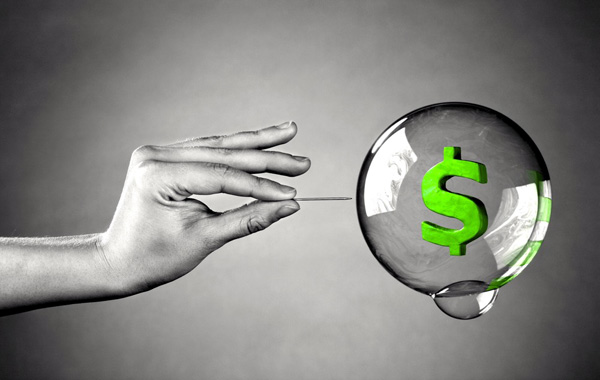 “Live a little, there’s trouble ahead.”

So says one of South Africa’s most followed business and stock analysts this morning, and not just about South but about the whole wide world.

Like many analysts Mark Barnes focuses on national bank policies. He’s obsessed with the recent Federal Reserve cut of 25 points, that China has just cut its medium-term interest rate for the first time in three years, and how negative interests rates are now the norm in the Eurozone.

This year’s economist Nobel laureate Abhijit-Banerjee talks of India’s “tailspin” economy and reminds the world he won his prize for proving standard economic research and development intrinsically marginalizes the poor.

“Good economic policy” — like the way unemployment numbers are determined and used — thus widens the gap that is leading to so much social and political unrest.

Barnes reflects, “Despite near full employment and booming stock-markets… I guess the reality needs help?”

Noticing that manufacturing is declining worldwide, especially in the most developed countries, he points out that Australia’s new, major tax cuts reflect all the major economies trying to “make things easier.”

Or to hide the truths.

What Barnes almost but fears saying is that in any other era in the past, we’d be in a deep recession already.

“It’s not economics anymore, its psychology.”

The consumer everywhere is continuing to spend as if they’ve just won the lottery. Inspired by lying meglomaniac politicians, the consumer in the U.S., China, Australia, South Africa – everywhere, thinks that everything is just hunky dory.

And at the moment they’re spending easy money flowing from tax cuts that come from loans with littler and littler capital behind them.

In the case of the United States, it’s one trillion dollars of debt every year. At this rate the U.S. will drain dry the entire cache of present and future resources of Planet Earth before the end of the next generation.

“We’re in trouble. The thin ice that is the veneer of those unstoppable markets and climbing asset prices will surely melt — into a shallow pond that exposes all boats.”