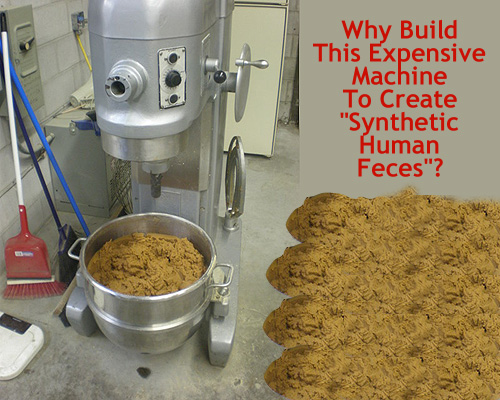 Bill Gates’ “Reinvent the Toilet Fair” in Seattle next week illustrates perfectly the limits of philanthropy and why real generosity must come from governments not individual rich people.

The Gates’ Foundation work to prevent and cure malaria is outstanding. The battle against the disease is perfect for individual philanthropy for two reasons. But most philanthropy, if not the vast majority promulgated by private foundations and individuals is wasteful and destructive.

The first reason the Gates’ Foundation work in malaria is valuable is that global agencies and governments from the developed world dare not tread on the mechanisms of global capitalism. Developing a vaccine, or a super small X-ray machine, or the Mars’ Curiosity, takes enormous capital. It’s the reason cancer drugs are so expensive. The drug company must recover not only the huge initial investment for a successful drug but it must also cover the huge losses of failed drugs.

Governments are capable of making these investments to be sure as are multinational corporations, but developed world interest in eradicating malaria in Africa doesn’t reach the threshold of importance developed world society does place, for example, in Mars’ Curiosity. Whether this is right or wrong isn’t my point. It’s just the case that developed world priorities do not extend to malaria eradication in the developing world.

Because that is how much it takes to develop a malaria vaccine. The disease is among the most complex diseases on earth, a legendary evolutionary battle between man and his greatest nemesis, disease.

Neither will the developed world’s capitalist markets undertake a project to eradicate malaria. A malaria vaccine would not generate enough financial return to warrant the investment. Once malaria was controlled in the developed world — just as with polio more recently — the developed world will not provide the additional capital investment from either governments or markets for control in the less affluent developing world.

So it’s a perfect project for a rich man.

The second important reason malaria control is perfect for western philanthropy is because it’s so political. Malaria was eradicated in the developed world by DDT. The developed world now believes that DDT poses too great an environmental hazard to be used, now.

Whether this is rank fiscal hypocrisy or a cold prioritization of self-interest I’m not certain, but the door to quick eradication of malaria in the developing world, using the only historical method we know, has been slammed shut. DDT manufacturing is mostly controlled by the developed world, but more importantly, the threat of sanctions against developing countries that would dare to use it is real.

But most philanthropy cannot be justified by these two reasons. The vast majority of philanthropy funds projects that societies are fully capable of funding themselves. By that I mean not just through government services supported by taxes but more so by the albeit much smaller capitalist markets in the developing world.

They include almost everything from education to sanitation to energy development. When a philanthropist steps into areas like these it’s usually because of a failing in society’s planning or an oversight by market developers. To that extent pointing these out becomes the greatest justification for philanthropy.

But once pointed out philanthropists should move on and the implementation should be left to society. Society, of course, can’t do everything so it picks and chooses its priorities and that process of choosing is the very essence of a society. It should not be usurped by individuals. The best example is education. There’s no doubt that education is fundamental to almost all other development. Everyone agrees with this.

The components of successful education may be innumerable. There will always be a myriad of ways to better society’s educational efforts. Philanthropy has a major role in discovering society’s failings and to discovering innovative components otherwise overlooked by society.

But once discovered it should be left to that society to implement. Implementing it outside of normal societal mechanisms (such as through individual philanthropy) distorts any social plan and usurps the right of the majority.

Community sewage disposal is as fundamental to organized communities as education is to a workable society as a whole. A multitude of techniques are known, the engineering is fully developed, none of the essential technology is protected by copyright, and it’s fair even for a laymen to conclude there aren’t many alternatives to waste disposal except disposing waste.

So the Gates Foundation’s $42 million grants to “reinvent the toilet” are absurd. Like our own current infatuation with ethanol from corn in gasoline, more energy is being used by the so-called innovation than if we just didn’t do it at all.

The reason Nairobi’s sanitation is so underdeveloped is not because Kenya lacks either the resources or technology to lay appropriate sewers in the city’s ground, but because in part the country’s resources are being used instead to fund a war in Somalia.

I’m not arguing whether the war in Somalia is right or wrong, I’m arguing that Kenya should not assume its expense. The turmoil in Somalia was not caused by Kenya. It was caused by the developed world.

So the problem in poor sanitation in Nairobi is that the world as a whole — including Kenya itself — hasn’t owned up to its social obligations even though it’s fully capable of doing so. And this dynamic is propped up by western philanthropy.

If the Gates’ Foundation is successful in creating a “better toilet” for the developing world it could not possibly be more efficient than community sewage works. But it might indeed discover a device that can produce sanitation for a given few who have the wealth to enjoy it, and then delay even further extending sanitation services to the greater society at large.

In a nutshell it divides the rich from the poor, and it accelerates the dividing.

Frankly, I think even Gates’ officials and associates realize this. A blog widely disseminated in the developed world yesterday by Gates associate Diane Scott was rife with self-deprecation and embarrassment and proves what foolishness is going on. I can just imagine my friends in Nairobi reading this and chuckling madly.

Utopia is not in the cards, I know. But philanthropy in the main delays most utopian visions. Gates should be commended for so much of his work, but this – and most philanthropy in general – is just not right.