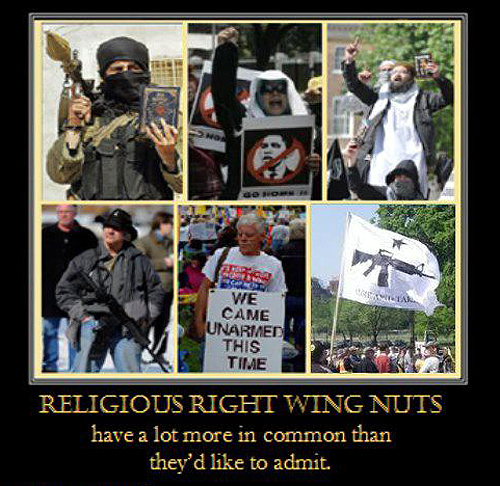 Sane Americans need to speak up. Obama has tried to quell our embarrassment by admitting how shameful many of our leaders are acting, but he needs our support.

Calling we Americans out for “knee-jerk right wing reactions” South Africa’s Daily Maverick pointed out for the upteenth time that virtually all the terrorists we know of with for the last multiple years have been home-grown westerners. Not refugees.

If you can’t put two and two together, let’s try one and one. A refugee cannot seek asylum from a country he’s born in. That isn’t the law, it’s just grammar.

“Governor Huckabee,” the co-anchor Mike on Morning Joe this morning said, “there have been 794,000 immigrants allowed into the U.S. from the Middle East since 9/11 and not one of them has been arrested for anything. Why should we worry now?”

Huckabee insisted that there “were at least two Syrians” involved in the Paris attack.

The moderator pointed out that we didn’t know that, and that there was only one possibility and that it was unconfirmed so far. “Everyone else was home-grown.”

“How many is too many?” Huckabee retorted before continuing a rant that included prohibiting Episcopalians and Methodists, if they went around shooting people, “but as far I know they don’t.”

I, too, am on the verge of being nuts: I could get to the point where I believed that Mike Huckabees should be arrested and stashed away for inciting hate and inflicting evil. But I’m not there yet.

Facts comfort me: The Obama strategy in the Middle East is actually working. ISIS controls less territory and has fewer trained leaders. That’s one of the reasons we expect more terrorist attacks in the West…

…as their accomplished social media weavers encourage local western citizens into acts of terror, the same way that individuals in the U.S. have been worked up into shooting church citizens and Army soldiers.

It’s the same, and it’s horrible, and it’s racist and shameful of so many Americans like Huckabee to claim the problem is carried with Syrian refugees.

What are we going to do about it? Today, France announced that it would pay all the tuition for all the 109 students who survived the Garissa University terrorist attack in Kenya in April.

We should go a step further: we should pay all the tuition for any student who wants to attend that university.

“And so it is that tragedy often causes a suspension of logic, and a somewhat ahistorical response. Global terror has a history, and a face that goes far beyond ISIS, Osama Bin-Laden and Al Qaeda. Its faces are those of George Bush, Dick Cheney and Donald Rumsfeld, with shrewd hawkish Condoleeza Rice in the background. It is also the former British Prime Minister, Tony Blair’s recent apology for ‘Iraq war mistakes’.”

Stand up if you aren’t too arthritic and still sane. The right wing response in our country to the tragedy in the Middle East and the refugee crisis is shameful and despicable. I can’t believe the media gives it traction, and that so many people really embrace these lies.

Just remember the Weimar Republic. Remember how all those well-off German citizens dismissed the right wing insurgency as insignificant, because it was so laughable and unbelievable.