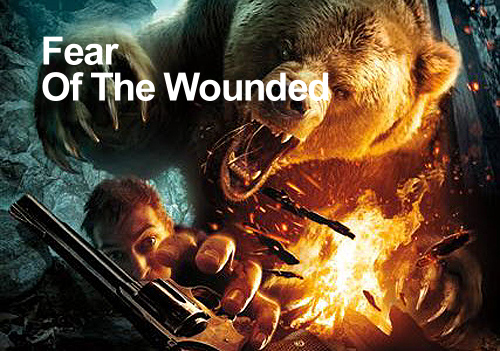 East Africa: beware! You are reacting to the fall of bin Laden like a Republican U.S. politician, and you should know by now that’s absurd.

Until now I’ve felt that East Africa had handled terrorism threats – particularly from Al-Qaeda and its franchises – better than the U.S. But that may be changing now that bin Laden is dead and East Africa is emerging as a powerful young society.

East Africa has probably suffered as much if not more from the machinations of Al-Qaeda than the U.S. Don’t forget: it was the embassies in Kenya and Tanzania that were blown up in 1998 by Al-Qaeda that presaged 9/11.

Fringe Muslims had been blowing up things in Kenya since the early 1960s when the then Block Norfolk Hotel was bombed because it was owned by Jews. Somali shares a 500k border with Kenya, and Al-Shabab (Al-Qaeda in Somalia) controls much of it. During the World Cup last year almost 100 people were killed when two sports bars in Kampala were blown to smithereens because Ugandan troops aid a UN peacekeeping effort in Somalia.

And there’s much, much more. I won’t be foolish enough to count up the bodies, East Africa vs. the U.S. from Al-Qaeda, but the comparison is serious.

And until Obama, American politicians used terrorism incidents to beef up the military industrial complex and prop up their own careers. Sounds harsh? Yes, it is terribly harsh, but it is not spurious, it’s true.

The incredible difference in the way the Obama administration has handled the end of Osama, compared to previous (mostly Republican) administrations that used torture, disseminated grizzly pictures and turned our national security into a contest for new MnM colors, tells me that we’re finally getting it right.

Ideas, Joe, not guns and their human debris. Plans, not fear.

But now I’m worried that East Africa is following the same wrong course that America followed in the past.

Onyango went on to terrify his readers with the same balderdash dumb politicians have used for centuries: fear of the wounded devil. Wounded but not killed, his vengeance becomes greater than ever.

“Most analysts agree that the Al Qaeda threat has not been buried with him,” Onyango writes of the obvious, even though it isn’t. Many analysts believe this and many other successes against terrorism recently herald the beginning of the end of Al-Qaeda.

Terrorism expert Peter Bergen claimed on CNN the bin Ladens’ death marked “the end of the war on terror” and a number of experts as critical as Foreign Policy’s Daveed Gartenstein-Ross cautiously agree.

I don’t think it’s necessarily that definitive, but my point is that there is not universal certainty among those who should know, that bin Laden’s death increases the threat level of terrorism anywhere .. including in East Africa.

The most repressive government in East Africa, was the most enthusiastic about the “new threats.” Details hadn’t even been released about Osama’s demise when on May 2 the Ugandan government “stressed the need to beef up security following the killing of al-Qaeda leader Osama bin Laden. Matia Kasaija, the internal affairs state ministersaid Uganda should not be caught unaware.”

It’s an old tactic, for morally bereft governments and uncreative journalists: scare the hell out of the audience to get their loyalty and attention.

It’s what we did in America for nearly a generation, and we now realize what a terrible mistake that was.