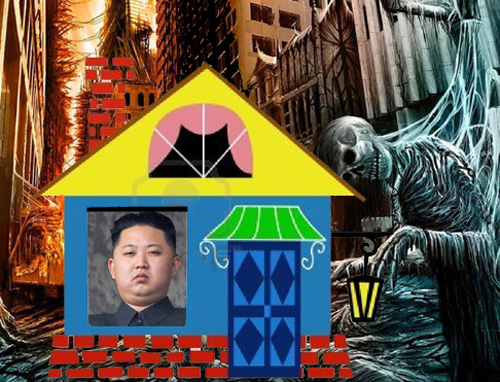 Yesterday’s deadly grenade attack in Arusha isn’t simply an indication of escalating religious tensions in Tanzania, but of the same escalating individual malevolence evident in the Boston massacre.

In neither incident do I believe there is any kind of organized group involvement, despite FOX News, Representative Stephen King or the other crazies on Meet the Press yesterday. Both cases seem to me to be engineered and implemented by wayward souls.

Wayward souls that have access in Boston to deadly technologies from Google searches. Wayward souls in Arusha who can trade a bushel of tomatoes for a grenade at practically any market in Africa.

It’s all the same. Neither is worse or more terrifying than the other. The higher tech move by the Boston duo was more deadly, just because American society is more sophisticated than Tanzanian.

Escalating religious and ideological tensions in America and Tanzania have been evident for years, and I agree with Arusha’s MP Godbless Lema that governments need to proactively address the schisms growing in their societies:

“”Religious fundamentalism is a reality in this country, but the government does nothing,” Lema said angrily outside the church, as police cordoned off the area.

Lema is one of the few honest, aggressive stars of Tanzanian politics. Like the minority of American politicians who want to address the Boston massacre with better schools and counseling and more jobs, rather than creating more fictitious global enemies, Lema knows the media speculation of the cause is absurd.

The ideologically bankrupt in a society will always point to the outside to explain a cancer within.

Since colonial times Tanzania has been one of the most Catholic countries of Africa, a product of King Leopold’s mid 19th Century conference that divided the colonial African world up by religion, so that missionaries didn’t duplicate their work.

One of the greatest historical ironies of Africa was that during the socialist policies of early independent Tanzanian in the 1970s to be a member of the Tanzanian communist party you also had to be a Catholic.

The amalgamation of Zanzibar with mainland Tanganyika in 1964 was like mixing holy water with myrrh. Since time immemorial Zanzibar was ruled by the radical Islamists of Oman, and even though it’s been given considerable autonomy, tensions have never fully eased with the mostly Christian mainland.

In October a respected Sheik in Arusha was hospitalized after an explosive device was set in his home. That was followed by church bombings in Zanzibar.

And so the cycle goes on and on, individual anger and want having found a convenient battle.

The Tanzanian government today arrested five Saudis, conveniently of a Muslim sect that is mostly disliked in Zanzibar, and charged them with terrorism.

Absurd, of course. This was the same Tanzanian government who employs the Arusha police commissioner who took 2½ hours to get to the church that was bombed Sunday morning, a half hour after the Vatican’s emissary attending the ceremony had been whisked out of the country.

The Honorable Lema is right. Governments do little today, in either America or Tanzania, to mend social schisms. Let’s just blame outsiders.