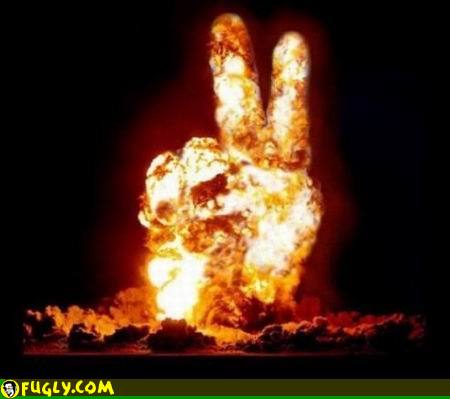 This week of violent anniversaries leads me to wonder if The West has exported its militarism to Africa.

The West – and I don’t just mean the U.S., for France is a monster military force in Africa – has ratcheted down its military, pulled back from conflicts around the world, even as I watch Africa heating up. And most of the heat involves al-Qaeda, al-Shabaab, Boko Haram, Islamic Maghreb and similar loosely affiliated fanatical Muslim jihad movements.

Today is the 100-day anniversary of the Kenyan invasion of Somalia. Yesterday was the one-year anniversary of the revolution in Egypt. Neither is completed, both look increasingly fragile. Yet clearly the empirical achievement of both is that they have relieved pressure on The West.

The West’s Muslim adversaries – as divergent as the Taliban and Iran – are at the very least distracted by these revolutionary African events, and in the case of Somalia, have actually led to significant victories for The West.

The killing of bin Laden and the routing of al-Qaeda is directly linked to America and France’s covert involvement in the revolutions of the Arab Spring and the later Kenyan invasion of Somalia. The cost to France and the U.S. for these covert operations has been infinitesimal compared either to their earlier adventures like Algeria or Afghanistan. A few stealth gunships in the Gulf, a few drone airfields in Ethiopia, focused air strikes, Seal 6 mission impossibles – pennies.

But these effective covert operations succeed only under a larger public umbrella of traditional war. The cost to the Libyans for the downfall of Gaddafi, to the Egyptians for their unended revolution, or the cost to Kenyans for invading Somalia has proved enormous and strains those national fabrics in a way The West would never tolerate itself.

Have we exported conflict, because we don’t know how to end the fighting, just how to send it elsewhere?

For us westerners it’s a time for imagining the flowers may soon bloom, again. In Africa, after the adrenalin of liberation, it’s a caffeine downer. The future looks awfully grim.