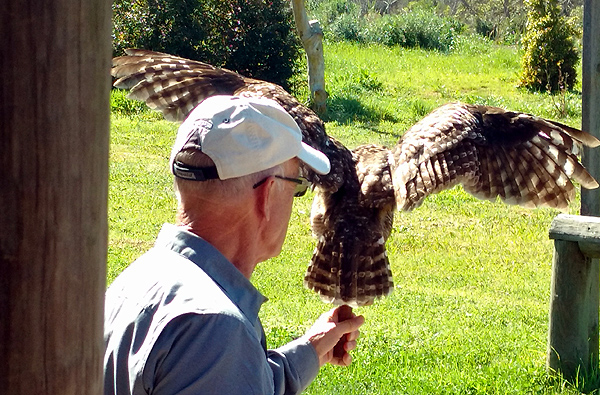 We wrapped up our touring in The Cape with a day trip down to the Cape of Good Hope and then a day in and around Stellenbosch.

The weather was beautiful! At The Cape almost all the tour group took the 2-mile beach walk that starts with a rather strenuous ascent. Piece of cake for Jeff and Heather Ettinger who the afternoon before walked up Table Mountain!

I’ve rarely visited The Cape when the wind wasn’t fierce. It was windy for us, but just nothing like usual, which sort of took the wind out of my sails as I described the early Portugese explorer expeditions around The Cape!

I’d found a great spot for a picnic on the beach, only to arrive to discover other visitors had found it first: a family of 8 baboon! That does not make for a conducive picnic site.

It was Sunday and the number of visitors to the Boulders National Park – home of the jackass penguin – was unprecedented. But everyone was polite, everyone got their turn on the boardwalk overlooking the main beach, and the penguins performed marvelously.

The great weather and enthusiasm continued to Stellenbosch as EWT returned to the lovely Lanzerac hotel, which only recently reopened after rebuilding following a fire. The new public areas are more splendid than before, which is hard to grasp since this grand estate hotel was always considered among the finest in the world.

But as in times past, the private tour of the Eagle Encounters raptor centre I think proved the highlight. This remarkable NGO rescues and rehabilitates raptors from The Cape including several very endangered ones like the Cape Vulture.

Their work is profoundly important, the young staff ridiculously passionate, and my tour group endlessly fascinated with having a bird on their shoulder!

After free time in Stellenbosch, the center of Afrikaansdom in the republic, we had an exceptional private wine cellar tour of the Lanzerac wineries.

On to Rovos! Stay tuned!