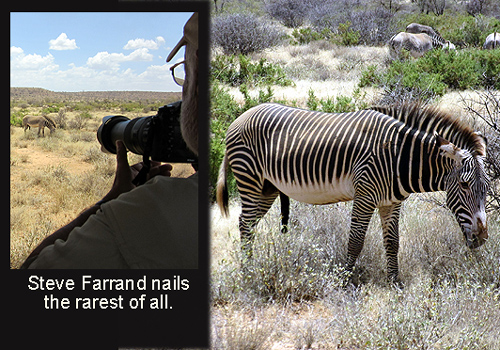 I’m finishing this blog atop a jutting mountain overlooking at least 500 square miles of the Great Northern Frontier. It would be easy to think I was overlooking a secret little national park in Utah or Arizona. But there are no airplane or car sounds, only the sounds of the crested francolin announcing the sunrise, and the very distant groans of lion returning from an evening’s hunt. 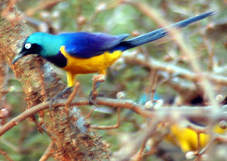 Several times during our three days here I saw my favorite bird: the golden breasted starling. The bird field guide calls it “resplendent, wild, restless and unapproachable.” That’s Samburu. That’s where we are now.

There are five unique life forms in Samburu and today we found them all!

The reticulated giraffe, the blue-legged Somali ostrich, the gerenuk, the Grevy’s zebra and the oryx. The oryx and gerenuk can be found, rarely, in other southern parks, but the other three are wholly endemic to this area.

And by the way, we also had a wonderful experience with two leopards!

I can’t help but thinking that our enormous success game viewing here has to do with how few tourists there are. Not too many years ago we would have had 30 cars around the leopard. Today, we were two of five.

The rest of the special animal attractions we found all by ourselves, with none others to share even if we wanted to.

Kenyan tourism remains sorely depressed. Many lodges are at the brink of bankruptcy. Special unimaginable deals are now available for last-minute bookers.

At the same time this group has such a remarkably positive attitude and is untiringly persistent. We’d not found the ostrich or zebra after a long but wonderful six hour early morning game drive. So after our brunch set up in a grove of doum palms was over, the plan was to return to camp.

Samburu’s unique big game is because of its geographical isolation in the near desert environment of the Great Northern Frontier. Once this area was as lush and rainy as those not too far north, and when that changed thousands of years ago, the animals that were captured here by a changing geography speciated.

They need less water and they regulate heat much better than their distant cousins to the south. And for many of us, they’re more beautiful!

The reticulated giraffe’s distinct markers present a major contrast with its pure white background. The ostrich has deep blue, rather than red legs during breeding.

A quarter way through my marathon 40th Anniversary of Guiding Safaris-safari, we prepare now to leave this magical place for still another of my favorites, the Maasai Mara. Stay tuned! 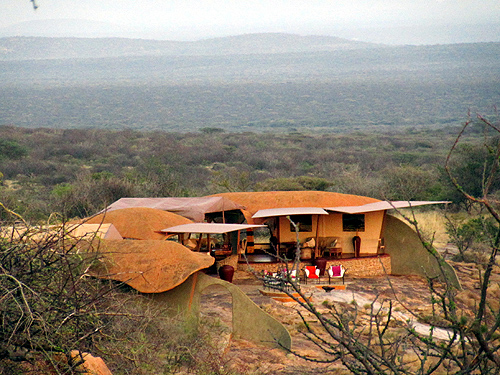