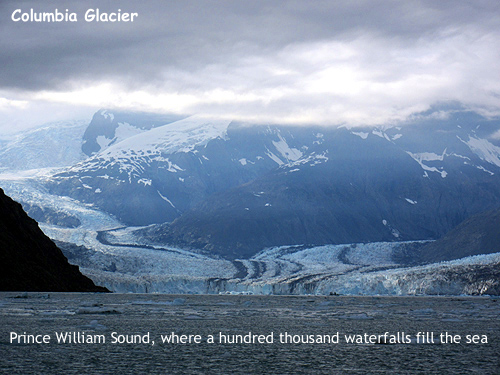 I’m writing to you from my tiny, tiny little cabin on the most wonderful expedition yacht in the world as we race back to Whittier trying to avoid a dangerous storm in Prince William Sound (PWS).

Our 6-day PWS cruise was a voyage into a dreamworld of bright, primary colors and loud, symphonic noises. Deep green, towering forests were so thick that every step onto three feet of glimmering moss bounced you right on! Bald eagles soared among thousands of gulls funneling above bubbling seas at the base of glaciers that just calved. 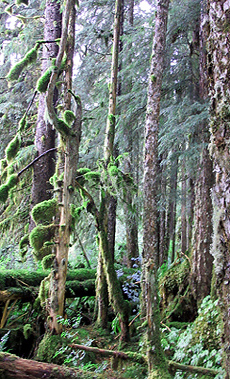 We kayaked next to icebergs to discover seal lions stalking us from behind while we watched sea otters play with their young under an intense almost hot sky. The changes were so fast, though. The absolute peace of crystal clear, lustrously deep blue skies carved by towering snow-capped mountains in a moment became pelting rain and intense fog so thick you couldn’t see the back of our little boat that swung sometimes violently back and forth.

Six days ago we drove to Whittier from Anchorage, delayed by a gigantic forest fire of the sort never seen in this part of the state before. While winter was ludicrously warm and wet, the spring and summmer has been hot and unbelievably dry.

I’ve traveled to PWS for nearly 15 years, and never have I seen such contrasts in one voyage. Captain Dean agrees it’s climate change, and it’s mostly not good.

The kittiwake colony just outside Whittier is today hardly a thousand birds from its peak of seven thousand. Kittiwakes unlike so many seabirds are fickle eaters with a diet of only a couple type of crustaceans and small fish. With such a poor defense for rapid adaptation, they become a marker for climate change.

Nor did we see any whales or dolphins, although we did see orcas. It’s likely that these accomplished masters of the sea have moved to where their food is, far from the Sound into open sea. Even Oyster Dave, the fabulous personality we visit who is one of the very few farmers of oysters in Alaska, said he has to lower his oyster cages 60 feet deeper than in years before. 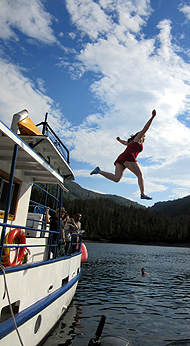 Because the water is so warm.

It sounds silly, but all of us couldn’t help but remember the film at the Museum of the North reminding viewers that Alaska was once tropical. Is that happening, again? It’s frightening, really, to be able to answer that from personal experience.

But the radical changes we encountered let us see so many wonderful things, and the most wonderful of all which is so damn hard to explain to people, are the glaciers. More of the world’s glaciers are in PWS than any other single place on earth.

We watched these monstrosities calve and throw up lakes of water after thunderous sound. The colors are so amazing as the light of the day and grey of the storm passes over them. It’s as if they’re alive, but moving with a cadence of the time of a universe.

We visited nearly a dozen glaciers, watching them, hiking around them, kayaking among them.

In the depths of the forests among the glaciers was another world. Skunk cabbage; billions of berries yellow, orange, red and white; bundles of lichens white and blue and green; hidden lakes with mergansers screaming; high pyramids of fir trees thousands of years old covered in beautiful mosses. And here and there and everywhere, bubbling clear water streams over multi-colored rocks.

The Discovery was our yacht, and no luxury cruise vessel can dance through the Sound and point at the glaciers the way this little boat can. We were eleven people and we saw what hundreds of thousands never will. 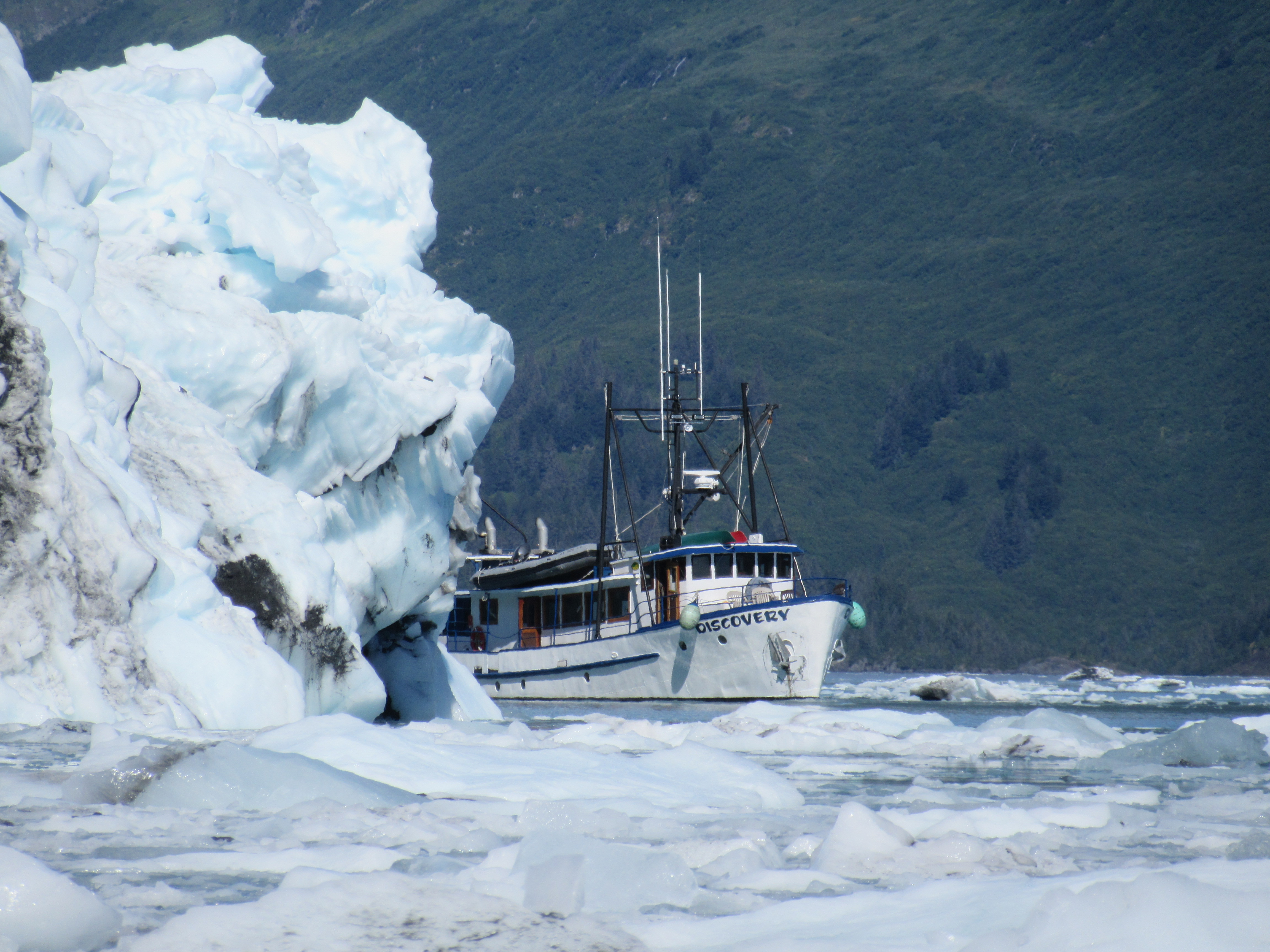