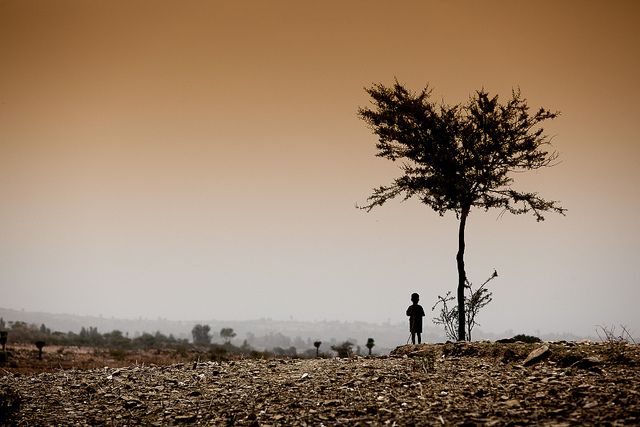 Look, if you’re reading this you probably believe that human induced climate change is a serious problem. But like me, you might not have considered it more serious than a bunch of other problems effecting the human race.

I’m in London between my Alaskan Trip and my African Safari, and as far flung as these destinations seem they’re all bleeding to death from climate change. Racing from one extreme point in the world to another, my view about climate change is sharpening in a terrifying way.

London is hot and London is in a recession. Last week portions of central England had temperatures in excess of 105F. Brexit was precipitated mostly by immigration from a war weary Mideast whose conflicts are easily extrapolated from climate change. As the nexus of European finance, the pound and the Euro are melting.

I just left Alaska where literally every day was a reminder of how radical its climate is changing, from the great cold north to a warmer, more insipid environment that has lost so much of its biomass in what seems like the blink of an eye.

For the third year running, the normal winter Aleutian storms didn’t occur. Instead, what the Prince William Science Center calls the “Blob” has replaced it, a horribly large persistent mess of hot water.

Usually the Aleutian storms gurgle and mix the planet’s northern seas, refreshing phytoplankton and cooling the oceans. Instead temperatures are as high as 7 degrees F above normal all the way down to nearly 200 feet. You can follow all this on the Blob Tracker.

I saw the ramifications of this on my just completed trip: much reduced wildlife and birds. Statistics show that more than 25,000 murres have died of starvation, that whales are also starving and dolphins have disappeared. Mid and long term predictions for the salmon industry are scary, possibly wiping out the king altogether.

And as oil prices plummet the state is left taxless while its thousands of miles of roads built on permafrost crumble. Drought and heat are starting wild fires as bad as in California.

It makes sense that this is all coming into such stark focus. All my life I’ve wandered to the extremities of earth, curious to experience the most remote, the least developed. And these are obviously where any change – social or political or ecological – will be most noticeable.

The fact, of course, is that climate change is effecting every part of the world. The weird and dramatic weather over North America leading to more tornadoes, more wildfires, more drought and more flooding is something that we who live there see every day on the news.

But as disastrous and horrible as this is, we’re dealing with it. There is FEMA and other improved government agencies ready to manage the evacuation and then the rebuilding in record time. Farmers are compensated as they change their planting and harvesting habits, much less re-engineer their seed.

As California designs skyscrapers and bridges for earthquakes, Florida and New York are readying plans for the erosion of their coasts.

But add to this innovation to survive the unexpected arrival of millions of refugees, the nice plans for disaster are thrown asunder, and that’s what’s happening in the UK right now. Sure, politicians will tell us there are many other reasons, but I’ll be darned if they don’t all devolve into manifestations of climate change.

And that brings me as I will be tomorrow to Africa. The least developed, the most neglected of modern planet earth, it has truly “weathered” the storms of slavery and colonization, but now as I watch its nutrient lands erode in floods and droughts, and politicians increasingly disposed to ignore the wilderness, I feel like climate change is the straw which will break the lion’s back.

I can’t blame them, of course. With incredibly limited resources and less attention from a caring developed world that must deal with its own growing crises, Africans have little choice: people matter more than animals. Farms matter more than wilderness.

Worse, the spark of radical ideology which has turned the Mideast into an uncontrollable disaster could easily do the same to Africa. People need food.

Of all the indescribable beauty I’ll encounter over these 7 weeks of traveling to the far corners of the earth, or all the grand and natural drama, I’m overwhelmed by the looming catastrophe of climate change.

Nothing is as irreversible. Nothing has such far reaching and rapid effects as climate change.