It’s not a drought, but close. As I sit here at Ndutu, one of my favorite places in the world, the clouds are gathering. It rained heavily last night where we’re headed, and I expect on the last day we’ll intersect the great herds.

We left Gibb’s early as this family is really capable of doing. Sophia constantly complains of being tired and ready to go to sleep, but she’s the first up, the first to go to dawn cow milking, the first to spot the lion, and …

… the first to find a fossil! We stopped at Olduvai Gorge on our way into the remote Lemuta Plains. The great guide, Masaka, joined us so we could actually go down to the site where Australopithecus bosei was discovered in 1959. That Leakey discovery is the most historical paleoanthropological find in history as it forced scientists around the world to acknowledge hominin evolution and opened the floodgates for research funding. 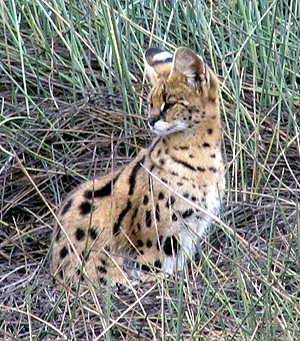 Olduvai is no longer a principal archaeological site, although a new Homo habilis was discovered there a few years ago. Because it’s volcanic floor is 2.5 million years old, many older discoveries have taken center stage.

But ‘Nutcracker Man’ was the benchmark, the Waterloo, the start of all the exciting hominin research which has followed.

So Evan and Sophia got right into it. Sophia has a remarkable eye and walked across the fossil field picking up one fossilized bone after another. The rest of us discovered a whole lot of rocks.

From there we traveled onto the remote Lemuta Plains, and I’d called in Justin with an extra vehicle to be our chase, just in case something happened. It didn’t, except that Evan drove the cruiser and pulled way ahead of the rest of the family! I finally got him to stop at a lone tree and the rest caught up with us. 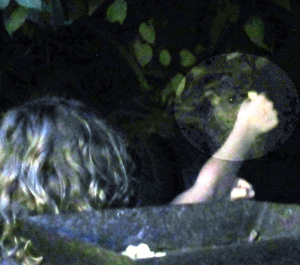 It was terribly dry. When normally at this time of the year I see tens if not hundreds of thousands of animals, we saw only handfuls, although a good number of impressive eland leaping on the veld, several jackals, lots of gazelle and some zebra … it may sound like a lot, but it was unusually not.

It was also incredibly dusty and dry. So when we got within a few minutes of the lodge after an entire day of off-roading through gravel and dust, I knew the family would be pleased. Except…

…we’d heard about some cheetahs. So off we went leaving the lodge in the rear window for another hour, and what an hour it was! Three cheetah hunting gazelle, two prides of lion (one with four 3-day old cubs), a python, and a serval!

I haven’t seen a serval in ages and this one was remarkably accommodating. It’s such a graceful animal, so weirdly put together, hunting with giant ears as it tiptoes through the grass.

So we think we’ve found where the great herds are, unusually so in this unusually dry weather. We’ll see. Check me out in a few days!