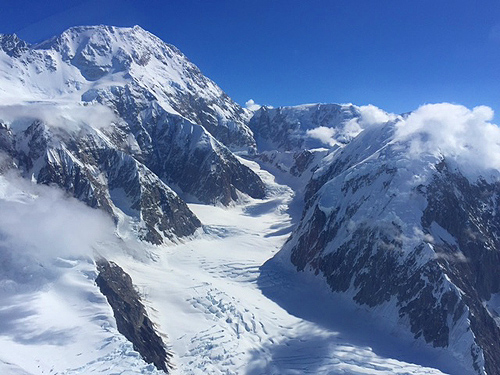 We saw good bears, some caribou, several fabulous golden eagles and not much else except spectacular scenery and that is what usually makes the Denali experience so fabulous.

Especially for us Africaphiles, wildlife is not a Denali feature. We usually see 4-5 bears on the trip from the train station to our lodge in the far west side of the park, and so we did this time. 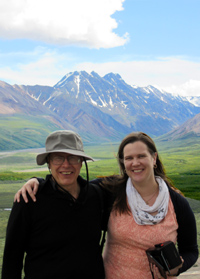 The Denali grizzly is the smallest of the sub-populations found in North America, and similar to what will migrate down to the lower 48. This is because they are the only sub-population that doesn’t eat principally fish, so their protein needs are more difficult to satisfy. We saw a gigantic hole one had dug, his nose and face completely sodden with dirt, but no squirrel in the mouth!

There were 4 individuals foraging obsessively for the blueberries and other ground berries just bursting to ripeness. One was a sough with 3 adorable chocolate cubs. We saw all of them from the bus at between 100 and 300 yards.

The caribou were few in number given the recent news that the “small Denali migration” was in town. Unfortunately, we missed that if it is happening, but did see a couple along the braided streams.

But what most people will always remember is just the sheer and magnificence beauty of this place. I write often about my love of the vast prairies of Africa like the Serengeti, and in terms of simple distance they can rival this. But put on these vast distances the skyrocketing towers of North America’s greatest mountains, crease them with deep glacial valleys, then brush everything with the green of summer, the white and red of endless carpets of lichen, and it’s almost indescribable.

But remember, No Pain No Gain. There’s only one road through these 6 million acres and you can’t drive it. You have to get on a school bus. The drive is 7-9 hours long, depending upon the weather and what you see along the way. There are 4 places to stop along the way for toilets, minimal refreshments and all at spectacular lookouts. The Eielson Interpretive Center is particularly excellent. But there’s no way to see the extensive beauty all the way to Reflection Pond and Wonder Lake except on this hard-seat ride.

Most people – the vast majority – stay at the east side of the park where the train meets the entrance. Here they can buy bus tickets into the park and might decide not to do the whole route, while enjoying the best of accommodations.

But we went all the way to far western side, and most people who do that – unfortunately – have to reverse the ride to get out. Instead, we took small planes, circled around Denali in a spectacular morning flightseeing, and then landed at Talkeetna for two nights.

Stay tuned! Our two days of exploits in Talkeetna follow! 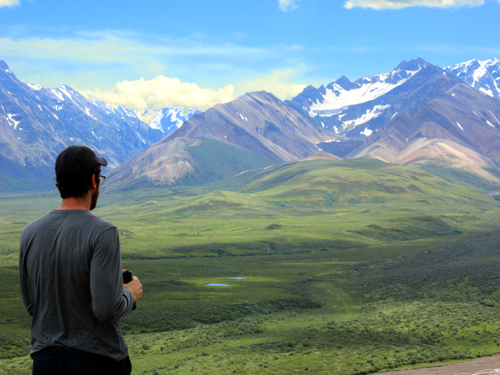