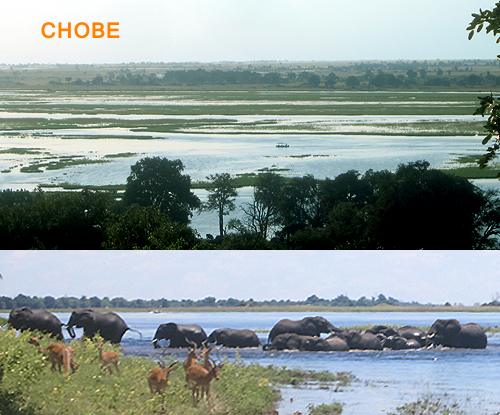 Chobe National Park in Botswana provides the most spectacular elephant experience on the planet. Is it a realistic experience of elephant in the wild, or a tourist fantasy?

We concluded three wonderful days here with a deep morning excursion into parts of the park few tourists visit, down the main road to Savuti. It reminded me of the old days in Botswana, when there weren’t fancy lodges and … well, paved roads.

For fear of sounding like a nostalgic old man, those were the days! This was wild Africa, when animals ran from the sound of your car, and when Landrovers traveling on Botswana’s deep sand roads felt more like sailing in a fast-running estuary than driving.

Not today. Things have changed. Finding 50 elephants ten minutes after leaving your air-conditioned lodge is normal. For elephants, and for tourists, that’s probably a good thing. Yesterday I wrote about the serious challenges too many elephants in Chobe presents, but their accessibility and sheer numbers is breath-taking to virtually all of us visitors.

The panorama of the Chobe River as it divides Botswana from Namibia and begins the awesome confluence of the great Zambezi is itself worth the ticket price. The entire ecology of Botswana is so weird and spectacular that in itself seems unreal. We were here for only three days. In that short time the river rose three feet as the great flood from Angola begins in earnest.

And this is no small river. Although broken by islands and sand bars that streak through its middle and edges providing habitat for ridiculously colored malachite kingfishers and stupendously beautiful carmine bee-eaters, the river is about 4 miles wide. So for this to raise 3 feet in three days is kind of overwhelming.

It’s a bit above average, but not too much, and nowhere near as dramatic as it was last year. This is nature flexing its rather striking biceps, and it’s humbling.

In three days how many elephants did we see? A thousand? Fifteen hundred? We stopped counting. They walked around our vehicles either as if we weren’t there or with little interest. When one did stop to flap its ears, we knew he was a newcomer, perhaps transiting from Namibia, but not one of the hundreds if thousands who spend a good portion of their lives playing in the water.

When inevitably one of these magnificent creatures dies, the shore of the river grows the ancient mole-like bumps of silent crocs, turned perpendicular to the shore, waiting for everyone to leave but them. We saw hundreds of crocs. We saw crocs tearing apart a dead baby hippo. We saw crocs stalking black heron. We saw impala worried about taking a drink from this unmeasurable amount of water.

The elephants have cleared the forests and impala and baboon have filled in the gaps. We also saw puku and lion, giraffe and kudu. It was the Lion King stage and the script was endless. I’ve rarely seen smiles glued on my clients for such a long time.

Yet I think back to the old days when part of the experience was fear. There was concern that a 6-ton beast might suddenly appear and tip your rover. There aren’t any 6-ton beasts anymore. The elephants are smaller, weaker than before, but still the world’s largest land creature and nothing to sneeze at.

Life goes on, and my goodness, whether real or unreal or natural or somehow naturally contrived, Chobe is nothing less than magnificent. Yes, there are some real problems here for elephants and the wild in toto, but the moment is symphonic.

And whether it’s better or worse than before, it is what it is. And it’s nothing less than magnificent! 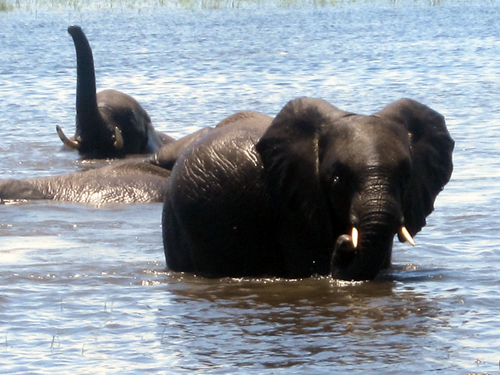