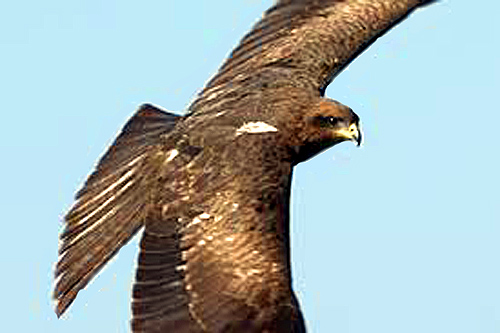 The first thing to greet me in the African day was my great friend, the African Black Kite, with a real and beautiful message.

I arrived northern Tanzania’s Kilimanjaro airport at night, just as most visitors do on day time flights coming down from Europe. Although I did notice a nightjar glaze our fast-moving car as we headed down the Arusha road from the airport, nothing else was really visible.

So the morning sounds today were wonderful, as always and particularly when I’ve just returned after an extended time away. You probably think I’m talking about birds, and I am, but before the birds … they’re the dogs!

Remember this is a city, or at least the outskirts of a city. Lots of the dogs are feral and even “pets” are rarely leashed or penned, and hunt just like all predators. The predawn is a perfect time for all predators, as the prey is getting weary from a night of vigilance.

And while “dawn” in Africa is usually sudden, not so in and around the great Mt. Meru that overlooks the city of Arusha. The heavy fog of the mountain much less its imposing shadows tend to expand the event of dawn and sunset more than on the veld.

And so with an extended pre-dawn, the first morning sounds are the dogs finishing up the hunts.

Then, the birds. And the first birds are the great singers: the olive thrush, the several species of robin-chats.

And, of course, mix in the occasional rooster.

That’s followed by the flocks of hadada ibis coming off Lake Duluti’s forests where they sleep as they head out into the maize fields.

But as soon as the sun is fully up and the day entrenched, the raptors appear, and that was the black kite. So until now I simply lay in bed listening to the morning, but the far distant whistle of the kite got me up.

It’s an amazing bird, capable of twisting its enormous self on a dime with a tail that twists and turns like a Chinese fan dancer. There’s nothing much unusual about the bird, specifically because kites are the most numerous of all the world’s predators, and the black kite the dominant species in Africa.

But what it may lack in uniqueness it more than gains in dominance. Found throughout the eastern hemisphere from Australia to Europe, the African black kite soars above virtually every inch of this continent: jungles, wide-opened velds and 40-story skyscrapers. It hunts anything small enough to be killed and is probably most famous for stealing sandwiches from the fingers of my clients.

To hear its high-pitched whistle and then to see it acrobatically maneuvering in the new dawn sky, I knew I was back.