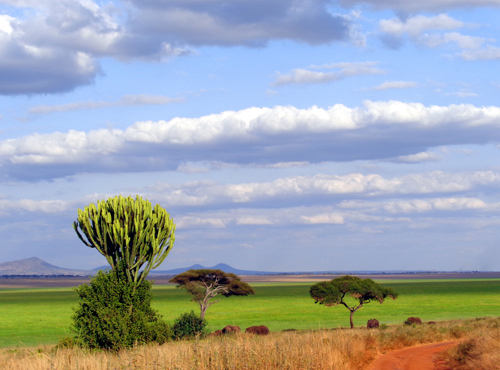 It isn’t just the animals. Tarangire was fabulous as always, with hundreds and hundreds of elephants, but the picnics, the evenings at the lodges, the explorations inside the baobab … a lot goes into a wonderful family safari.

We’re hardly half way through the wonderful Felsenthal Family Safari and I’ve once again proved to myself that kids do better than grownups. 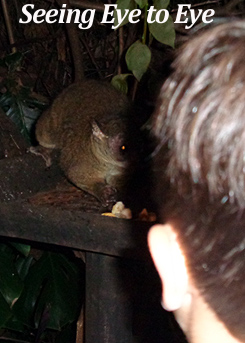 So often parents are concerned that their children – particularly the younger children – will be bored or anxious. Each day at the behest of the parents I’ve offered to shorten the game drives, and each day the children insist I don’t!

We now have had several 10-hour days in a row. We leave camp after breakfast around 8 a.m. and go game viewing with a picnic lunch returning around 6 p.m.

The parents are pretty much a mess, and I fully understand that a lot of that has to do with keeping track of Johnny. But Johnny couldn’t be better!

Lucy at five years old is a bundle of unbelievable energy, and every once in a while she succumbs to exhaustion, curls up on the seat of a bouncing Landcruiser, and dives into a deep sleep.

We saw more elephants than you can imagine during our two days at Tarangire. And one early morning encounter was with around 250. I had told the kids to be extremely quiet when we got close to elephants, not to move or make a sound, and that we’d then have a “close encounter of the pachyderm kind.”

And sure enough, 7-year old Nate got a picture of the eyelashes of an elephant. According to Nate, he could have touched the beast. 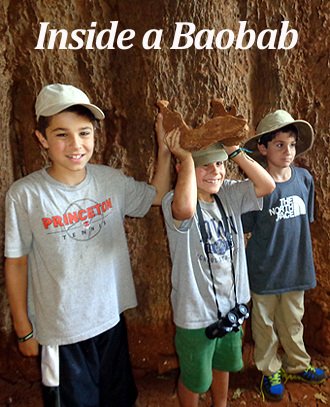 Released from the bondage of good game viewing the six Felsenthal kids (aged 5 – 11) make a presidential nominating rally seem like a dirge. But the amazing way they could turn off as animals got close was remarkable!

Tarangire is so pretty right now. The rains ended several weeks ago, although we’d occasionally get drizzled on and the skies were often heavily overcast. But from time to time when the sun broke out, the beauty of the green veld was stunning.

On to the crater! Stay tuned!