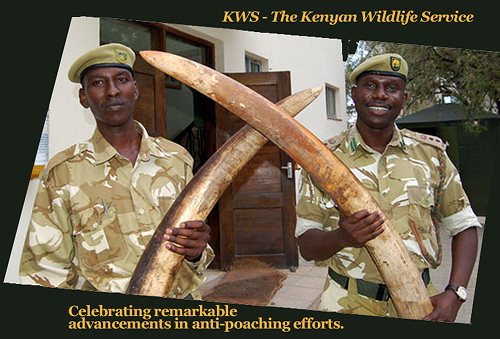 NPR’s reporting yesterday on elephant poaching in East Africa disappointed those of us who know East Africa and cherish its wildlife.

In addition to simple inaccuracies, my main criticism was that the two stories filed by John Burnett were grossly narrow, cherry picking scandalous components while ignoring an essential bigger picture for cheap and trivial stuff that gets quicker attention.

The increase in elephant poaching in East Africa, most severely but not exclusively in Tanzania, has been on the rise for 4-5 years. It’s not new and it’s not suddenly greater than a few months or years before.

Burnett’s lead story suggested it was something relatively new and newly urgent, and so he neatly avoided the essential and more complex history of what has actually been happening.

This is my sixteenth blog about elephant poaching since March. Simply type “elephant” in the search box to the right for those stories. Journalists from Reuters, the New York Times and AFP have filed just as many over that same period.

This is because as Burnett said poaching is increasing almost as rapidly as in the catastrophic years of the 1970s-80s when 95% of Kenya’s elephants were wiped out and nearly 60% of Tanzania’s. It has not reached that level — nowhere near that level — and many other factors are considerably different.

Let’s start with the numbers, because Burnett has some quite wrong. I tread very cautiously and with some hesitation, because the last thing I want to do is reduce concern for a very serious East African problem.

As I’ve written again and again, the “elephant problem” is central to East Africa’s wilderness and economy. Poaching is absolutely one of the most serious problems facing East African society. But we do our cause harm with untruths.

On January 15, 2011, The 5-year Tanzania Elephant Management Plan spear-headed by such prominent and widely respected researchers as Charles Foley put Tanzania’s elephant population at around 110,000.

How many elephant have actually been poached since then, augmented by a record number of births due to good rains, is hard to estimate accurately, but the overall population is certainly higher than Burnett speculates.

Burnett says that the 70-80,000 number is “perhaps a quarter” of the continent’s population (280-320,000). This is widely inaccurate. Most recent estimates are very much higher. The International Union for the Conservation of Nature puts the continent’s total number at 472-690,000.

Burnett quotes a former conservationist in Tanzania as saying that 30 elephants daily are being poached. Using a conservative estimate that each elephant killed carries at least 100 pounds in total ivory from two tusks, that would mean there was more than 500 tons of ivory poached out of Tanzania each year, and that’s ludicrous.

Shippers of the most creative sort could not conceal even a fraction of that.

These are not minor inaccuracies. The “carrying capacity” of any environment for managed big game depends on precise numbers, not widely speculated ones. Burnett’s high-balling his numbers might enhance the urgency of his report, but it distracts us from possible solutions.

I wonder if as in our politics and grocery shopping, Americans just can’t be mobilized without exaggeration. It’s a sad commentary that NPR has fallen into this trap.

Burnett’s second story was better. He interviewed a poacher.

The story demonstrates that quite unlike the 1970-80s corporate poaching with Sikorsky helicopters using everything from AK47s to bazookas and then chartered ocean liners, some of the poaching today is an individual criminal phenomenon. And like so much crime everywhere in the world, its principal motivation is poverty.

That makes it much less effective and much harder to remedy.

Burnett rightly puts the onus for poaching on Asian market demand that we all agree has been sparked by economic growth in China. The evidence for this is overwhelming. But I’m very disappointed he didn’t describe the exciting new efforts by Chinese and Chinese surrogates to change this behavior.

It means that even the villain knows he’s a villain, and that’s a real start.

Finally, Burnett totally ignored one of the essential if perhaps not the central cause of poaching, today: There are too many elephants.

There are too many elephants not just in Tanzania, but throughout Africa and even in Asia.

This fact is hard to digest. It doesn’t mean there are more elephants than there once were. But for the existing diminished habitat, and in terms of human/elephant conflict, there are simply too many.

And that’s the real problem. It means poachers often get a pass because local officials actually appreciate what they’re doing, because farms are saved and school buildings don’t have to be rebuilt so often.

You won’t hear this from an elephant researcher standing over a carcass recently poached. And you won’t get a Tanzanian official to say as much to a westerner writing an article about poaching. It takes a more cautious and deliberate reporter than Burnett.

The story of elephants, their majesty, their near decimation in the 1970-80s, and now their perplexingly big problem in rapidly developing African societies is one of the most important stories in East Africa, today. It represents almost all of East Africa’s problems and probably contains some of their solutions. It’s as much historical as contemporary.

But jigging up the story with exaggeration while neglecting central facts won’t help. It needs as much attention from Rachel Maddow as the Tea Party.