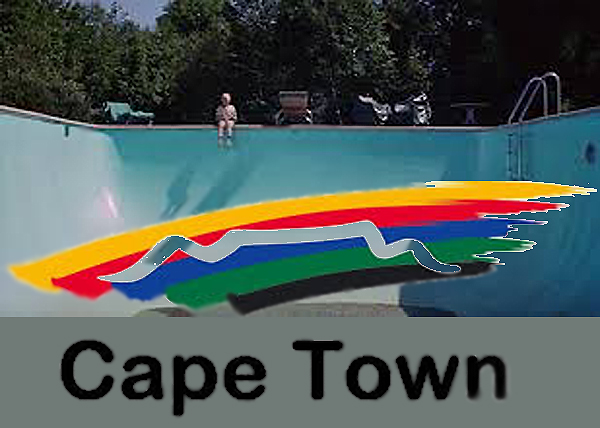 The severe drought effecting the city, the winelands and extending up a fairly narrow sliver of the country’s west coast is climate change at its starkest: The rest of the country including its agricultural regions have had normal to above normal rainfall.

The Cape area’s climate is very similar to southern California’s. Precipitation is historically low compared to the wider geographical areas in which they’re found. Deserts are nearby. And the area is coastal which tends to moderate the climate.

As a result a lot of people like living here and it’s where both areas have experienced enormous population growth and prosperity over the last half century. Both places manage their always critical potable water needs through dams and reservoirs that allow them to harvest much more water than would normally fall overhead.

This is either the second or third year of the drought in Cape Town depending upon which part of the calendar you use. Southern California’s seven year drought ended only last year. Long-term precipitation forecasts for The Cape suggest a return to normal patterns by June but not the deluge that broke the drought in California. So dams and reservoirs are not expected to get ahead of the moisture deficit.

“The important thing is that this trend may be an expression of human-caused climate change,” writes climate scientist Piotr Wolski today. Wolski’s detailed analysis managed to study certain areas of The Cape for almost three hundred years.

His most complete data is for the last 84 years and unfortunately the “trend is towards lower rainfall and it has a relatively strong magnitude.”

Dam levels are currently at 26.5% and the authorities in The Cape have announced when the reservoirs reach 13.5% the city will shut down its water pipe distribution system and switch to water distribution points. Presuming residents will restrict themselves now to only 50 liters daily, that will occur on April 15. The annual “winter rains” would not normally begin until a little bit later.

The Western Cape premiere Helen Zille also announced yesterday that the police and army will assist with the distribution of water at the designated areas.

Meanwhile the federal government is assisting The Cape with rapid new deep well drilling just outside the city in the slum area known as the Cape Flats. New grants have been rapidly processed for desalination treatment centers.

The politics of The Cape might not be helping the situation. Cape area governments are among the most anti-ANC in the country, and the ANC is on a resurgence as the current president, Jacob Zuma, becomes marginalized by his successor apparent, Cyril Rampaphosa.

Premier Zille recently requested Zuma to declare the area a national disaster, which he has yet to do. Instead, the Cape area’s ANC asked for an inquiry into alleged malfeasance by the area government in recognizing the drought was coming on.

The little agriculture in the area is mostly very important winelands and some olive orchards. The outlook for this year isn’t so bad. It will be next year’s harvest that may take the hit. (Note that The Cape winelands represents less than a half of South Africa’s overall wine production, and the other areas are doing well.)

The tourist industry may be the part of the economy hardest hit if the drought continues or worsens. For the time being, though, area hoteliers are assuring suppliers that alternate water sources (mostly trucked in or using private wells) are already planned, and that local law currently allows for less restrictive tourist use of water than with residents.

But tourists might have to forego swimming pools and golf courses, something that the tens of thousands living in the Cape Flats know little about.