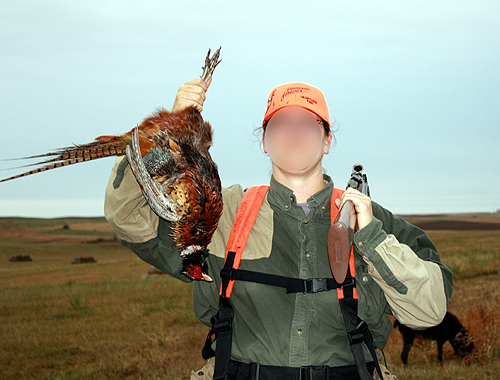 Sports hunting impedes conservation and may contribute to species extinction.

The Democratic staff of the House Natural Resources Committee says so in a press release issued a few days ago about their 25-page report, “Missing the Mark.”

The report infers that the killing of Cecil, the lion, was an inflexion point in U.S. legislators’ positions on sports hunting and concludes that “trophy hunting” as currently regulated threatens big game and derails conservation.

Lawmakers won’t dare say this yet about wolves or bobcats, and they can’t say it about deer or wild turkeys, and of course it wouldn’t apply to “canned hunts” of so-called wild pheasant or cats on private reserves. But the reasoning is sound, and the reasoning is easily applied to the hunting of all living animals.

It’s reasoning that I came to slowly over a number of years of working in Africa. I believed for most of my life that big-game hunting contributed to African conservation.

Both those dynamics changed in the last 15 years. Big-game countries like Tanzania began hither-and-yon designations of where hunting could occur and made it even more complex by giving some authority over hunting to several different local authorities which often competed with federal laws for the same turf.

The anti-poaching buffer no longer exists.

Although the costs of big game hunting declined with the massive increase in demand – especially from America and Russia – government revenues from it were eclipsed by new taxes on tourism. Sports hunting is no longer considered a significant contributor to the government treasury while non-hunting tourism is.

There are many excellent scientific studies to this effect, some of which are quite old, but not until now are they getting the look they deserve.

I have to admit somewhat sheepishly that it was these two phenomena – the collapse of anti-poaching zone buffers and the diminution in government revenues from trophy fees – that led me away from my benign support of big-game hunting for so many years. Once released, though, I honestly recognized that I’d been pushing the moral argument into the deep background.

Isn’t that often the case? The questionable morality of something becomes revealed over time, when enough experience proves it true?

Last December the Obama administration listed lions on America’s Endangered Species Act and this has began a worldwide movement to do so on CITES’ list as well. Since December, any American who goes to Africa to hunt a lion could be in violation of federal law, and even those careful hunters who follow now difficult regulations paint themselves as anti-conservationists.

Frankly, I now embrace the notion that hunting almost anything can’t contribute to conservation and in our current fragile world is actually contributing to wide-scale species decline. Let me explain.

Hunting wolves and bobcats is lunacy, a political allowance that should be immediately stopped. There’s too much science to prove this.

Hunting deer (and waterfowl) now carries the stigma of immorality, but may be unstoppable. Deer populations have been managed for sports hunting for so many years in the United States that hunting may now be, unfortunately, linked to the animals lifestyle and likely, survival.

Canned hunts of lion in private reserves here and in Africa, or such canned hunting as for pheasants, has always struck me as immoral and pointless.

We have a lot of problems on planet earth and many wonderful organizations working to remedy or mitigate them. It’s time that more people like me come out of the closet and admit that sports hunting does not contribute to conservation and that it actually hastens that species decline.

It’s no great leap from that to conceding that sports hunting is immoral.