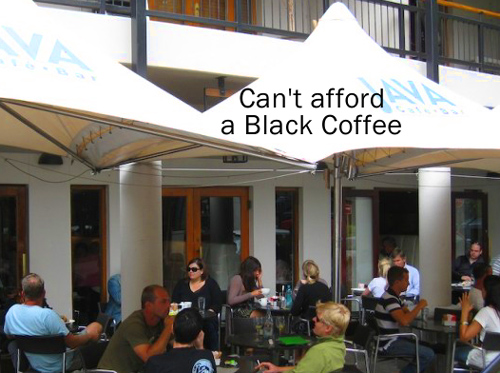 My several days in Stellenbosch gave me new insights into the extraordinary difficulties South Africa is trying to confront. My optimism for the future of South Africa has diminished slightly.

Nowhere in the world are the effects of ethnic segregation as easy to see and historically easy to study as in South Africa. And unlike what most Americans think, this isn’t a single generation’s problem: apartheid might be a recent word, but it has been entrenched in South Africa since its prehistory.

Stellenbosch vies with Pretoria as the most conservative major metropolis in South Africa. Just under 100,000 people (a quarter of which are students) it was the first major settlement after the Cape in the late 1600s, the birthplace of Afrikaans and nationalist ideas, and the very center if epitome of Dutch Reformed church theology.

Today it is a producer of some of South Africa’s best wines, a seat of higher learning, and a major tourist destination. I’m here at the end of its summer, its principal tourist season, and there are tourists everywhere from every part of the world.

Yesterday midday I waited as all tourists do, hovering over one of the café tables at Java, an excellent restaurant and coffee house on Ryneveld Street, pouncing the moment someone left. Once seated, no concerns that it will take a server some time to finally get around to you!

Every beautiful café in the 4×6 block city center was the same, but it was also clear there were as many South Africans as foreigners. Many were South African tourists, as the South African who can afford to travel does so far and wide. But there were also many locals, enjoying a beautiful Sunday only about an hour after the great central church had disgorged its supplicants.

During my two days and two nights and four meals and coffee breaks during my weekend stay here, allocating a lot of time to maneuvering for a place to sit… I saw only three nonwhites.

When I went to the local “mall” and only main supermarket, it was all reversed. The mall is only a two-block walk from all the beautiful cafes and restaurants, across from the gargantuan city hall. There it was completely reversed. Hordes of weekend shoppers, only scattered whites.

“You see,” my affable waiter at one excellent dinner restaurant with only whites eating said, “this is not a white place.”

That’s hardly an explanation, so I probed.

Essentially, it’s not that he believed nonwhites felt ostracized anymore; indeed, they control not only the government but a growing proportion of South Africa’s huge economy. “It’s too expensive.”

The racial divisions that have plagued South Africa since inception, institutionalized by Britain in the independence act of 1911 and refined and strengthened until apartheid was torn down by Nelson Mandela, stratified economy by race.

And that’s a hard nut to crack.

The October 2011 census statistics are still being processed, but the 2001 numbers are expected to be better. That’s because in the last decade as many as 4-5 million African refugees have either legally or illegally come into the country.

At independence in 1911, 22% of the population was white. By 1980 that had decreased to 18%. The dramatic emigration of the subsequent several decades, which bled the country not only of skills and talent but also capital, was the result of the writing on the wall of history. South Africa was going to change, and so it did in the early 1990s.

But though its constitution is a model for any truly moral society, and though its top industries are becoming more and more under non-white control, and though its government is wholly controlled by nonwhites, whites still reign.

Because, as my nonwhite waiter explained, “it’s too expensive for us.”

Income inequality plagues the world. The United States ranks among the highest of developed world income inequalities with a “Gini Score” of 41. (“0″ is no inequality; “100″ is total inequality.) Most developed countries are in the 20-30 range. But South Africa? 64

This is almost, but not quite, a which came first conundrum, the chicken or the egg. If you got it, you’re not going to let it go easily, and you’re going to do everything possible to keep it for your kids, your cousins and your community. It’s almost … natural.

But what economists recognize today is that in a rapidly growing and interacting global platform, inequalities are unsustainable. Yesterday in Joburg’s Sunday Times business leader Michael Spicer pleaded with his colleagues to do something about this, calling the current situation in the country a “disaster.”

It isn’t that good South Africans of all colors aren’t trying. The University of Stellenbosch, founded by Afrikaners who wanted to restrict virtually all economic gain only to those of Dutch heritage, excluding even the English, today has one of the most progressive enrollment policy of any major South African university.

Together with nearby University of Cape Town admission policies make our own affirmative action policies seem tepid at best. These major institutions are trying to achieve a 40% non-white enrollment by 2016, and they’re well on their way to doing so.

And not without serious controversy. Admission standards for nonwhites have had to be reduced nearly in half to achieve this measured growth. And you know where that leads academics intent on performance.

So it seems that everyone, everywhere in South Africa is trying to reverse what nearly 400 years of unjust history has created. And how they are trying to do it must be a shining example for every part of the world where income inequality breeds disarray.

The question is simply, will it be fast enough.