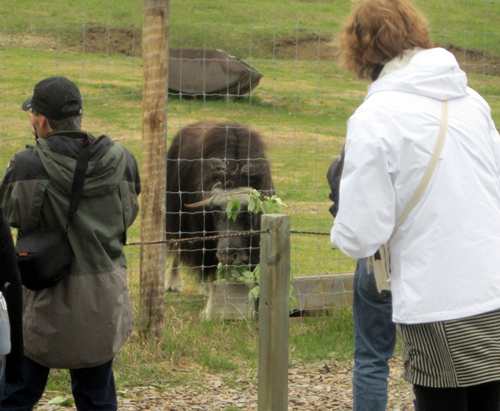 The most important of many ecological stresses in Africa is human/animal conflict. In Alaska, it’s global warming. How scientists and citizens respond to these stresses reveals the vibrancy of our cultures.

Fairbanks is not exactly your most cosmopolitan town, and we all know that Alaska is truly the last frontier. Wide open spaces and the challenges of a frontier draw special classes of people.

They include military and commercial – particularly the commercial ones dedicated to the extraction of natural resources. But they are predominantly pioneers, which in my day when I thought I was one was called a hippy.

But shake off the labels and you get a collection of people in Alaska, now significantly more powerful and numerous than the original natives, who are immigrating away from development… by choice.

Development is considered by myself, and I think most of the world, and probably 99.9% of Africans, as not only good but imperative to earth’s survival. And I don’t mean splitting logs and plastering up your own log home.

I mean power lines, sewage systems, clean water treatment facilities, railways and airports to name a few of probably thousands of critical community responsibilities that the most basic government is entrusted with.

And yes, conserving the wilderness. At least until we’ve got something sustainable to replace it, which is right now beyond even reasonable scifi.

But I dare say most Alaskans don’t quite see it the way I do. And I understand why. In their own lifetimes, or at least those of their parents, the population of this 15th fastest growing state in the Union came out and staked a claim and not only survived, but maybe even became happy.

On their own, or at least at lot more on their own than my clients who live in the suburbs of New York.

So stipulated. You don’t need the EPA to be happy in Coldfoot.

But … unfortunately for the Alaskans, the New York suburbanites do need the EPA in Coldfoot in order to live happily in Ocean Beach, New Jersey. There is a connection between how well the wilderness is being cared for in Alaska, and to Hurricane Sandy.

And the Valdez oil spill absolutely sensitized a lot of residents of Valdez and Cordova and numerous other communities to the need for serious government regulation.

And today we went to the Large Animal Research Station at the University of Alaska and learned how 4300 muskox in Alaska are important to the retirees in Miami Beach.

It’s complicated, but bioindicators are often ambiguous if not totally confusing. I’ve often written how bird populations are one of the best bioindicators, anywhere. Because they can fly away, or fly back.

But so are the rarer animals on the fringes of our planet’s life systems, like the muskox. When we arrived here as custodians of the earth, working our way every day to become its master, the earth was moving on pretty well. At the end of the Ice Age, ecological change was of course happening, like global warming.

But 25,000 years ago it was happening at normal rate, about 4 ten-thousandths of a degree centigrade per decade. Today? About .13, or roughly 150 times as fast. 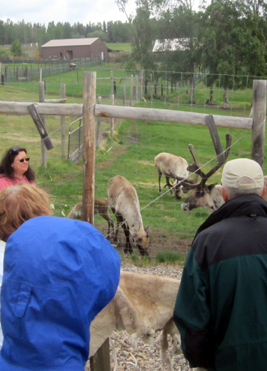 And the muskox knew this almost before scientists did, because its population crashed in the 1970s. No one really knew why, then, and careful remedial efforts have allowed a sort of gerrymandering of habitat and a control on what had been natural hunting. So they’re back. Not like they were, but they’re back, with great thanks to LARS.

But more important to LARS scientists is the retroview that they should have seen the muskox decline as a scream for help from the wilderness. They didn’t. Nobody did, not at first.

But the rapid change in temperatures, the warming, reduced food sources – especially lichens, the only food during the arctic winter.

There’s a big difference between the impact of a muskox decline in the arctic and New Jersey beaches wiped out in a single night. But it’s all the same, really.