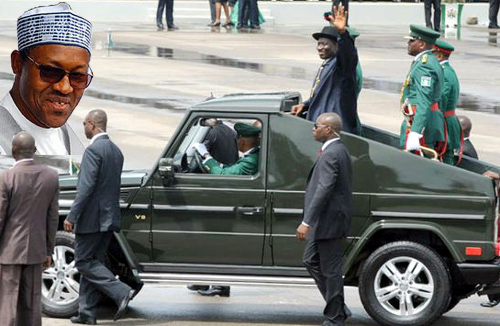 African democracies are not doing well in the face of growing terrorism, and next weekend one of the biggest tests occurs when Nigerians go to the polls.

Secretary of State John Kerry made an unannounced visit to Lagos a day ago on his way to Kiev. His message was unequivocal: pursue, protect and keep clean the upcoming elections. None of the three are likely.

The presidential election is too close to call. President Goodluck Jonathan is seeking a second term. His unexpected best challenger, Muhammadu Buhari, is seeking a return to power.

Jonathan at least talks democracy and claims he champions it. Buhari was one of Nigeria’s most ruthless military dictators currently being investigated by the International Criminal Court for crimes against humanity.

Neither candidate talks much about the ineffective war against Boko Haram, which controls about an eighth of the country.

There had hardly been a more popular man in Nigeria before Goodluck Jonathan came to power in 2011. His first few years were a love fest with the nation, and Nigeria was doing very well.

As with other popularly elected Nigerian leaders, Jonathan’s most important task was to keep the military at bay. The military has ruled Nigeria for more years than civilians since Independence in 1960. Occasionally those periods have been reasonably fair and peaceful; Buhari’s was not.

Almost all the military rulers, beneficent or tyrannical, looted the country. Nigeria is only now emerging from a state of constant corruption.

Jonathan carefully emasculated his own army so that when Boko Haram emerged, a dilemma of unexpected proportions did as well.

Foot soldiers were rarely paid because the military budget was systematically reduced or reallocated. Military leaders remain firmly in control, though, so what money was left was hoarded at the top. Foot soldiers get fed and clothed and are provided with enough aura to build egos instead of pensions.

But it’s the reason Nigeria’s military mostly fled Boko Haram, rarely fighting. All the successful military operations against Boko Haram in northeastern Nigeria have come from the Chadian Army.

Which both Jonathan and Buhari say is just fine.

Despite Secretary Kerry’s noble visit, democracy is not working in Nigeria. Certainly for the moment it is not working for Nigeria’s Muslim community who is adamantly opposed to Boko Haram but getting no help from the central government.

A Buhari victory could come at the ballot box or the barracks. Either path is paved by Nigerians of all dispositions increasingly afraid of Boko Haram.

Next weekend’s elections will be unable to justly determine a winner. Jonathan’s democratic presidency achieved that goal the last time because he last won by such massive margins.

That won’t happen this time. It’s too close.

A contested election is certain and it’s hard to imagine anything peaceful. Bush vs Gore, or more appropriately, Kenyatta vs Odinga, are not models for this massively powerful and divided country besieged by terrorism.

So rumors now flourish in Lagos that Jonathan is courting military leaders to fracture any support that may exist for Buhari.

No irony ever before would match Jonathan installed in power by a military coup after losing a democratic election. That reality may be fanciful, though, as I expect the election will be inconclusive.