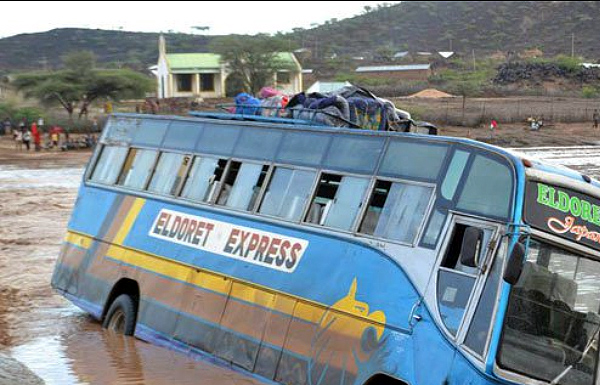 Travelers and investors alike are going to have shift the way big game safaris are enjoyed and operated as a result of indisputable climate change over the equator. And this, of course, is actually incidental to the disruption caused millions of equatorial African residents.

It’s not hard to understand that any weather disruption has more severe consequences in places that are unprepared for it and have poorer infrastructures to begin with. That’s of course the situation in East Africa, where I conduct most of my safaris.

I admit to being something of a stubborn old fool for several years now as I didn’t adjust my itineraries in the rainy season. It’s hard to teach an old dog who’s been running programs successfully for over 40 years new tricks.

But I learned my lesson big time this year. The bottom line was that my clients had some of the finest game viewing and safari experiences ever, period. But it cost EWT a lot of money to rearrange itineraries and put on extra charter aircraft. I don’t think my clients recognized the incredible hit the company took.

As we should have.

Start with understanding it’s not a simple matter of avoiding the rainy season. Obviously that’s possible, but doing so means you won’t experience the great migration at its most fulsome. The animals love the increased rain! To an important extent, the health of the wilderness has improved.

It doesn’t rain for any longer than before. In fact, the actual amounts of time it rains in East Africa has shrunk. There are more periods of drought, for example, than ever before. The problem arises that the amount of rainfall is 5 to 6 times heavier and falls in a much shorter period. Instead of a nice hour long afternoon thunderstorm, we now get an hour-long cloudburst.

So the periods of rain are less, but the amounts of water are exponentially greater.

It’s quite easy to adjust to this. Avoid properties and some routes that simply can’t handle the sudden down bursts.

Usually that means avoiding certain tented camps, particularly those that are in low lying areas.

That’s where I and numerous investors have balked for too long. We liked our old haunts, our intimate and remote tented camps, and we were investors in them.

Nostalgia like many roads and bridges, has been swept aside. Quite a few less than wholly permanent facilities with decent roads that can withstand sudden outbursts will have to close.

Prices will increase. Many good, permanent facilities are more expensive to begin with.

Lesson worth learning, because for the time being the wildlife and wilderness is better than ever. It’s just the old dogs that took the kicks! Yours truly, bwana Jimmy.