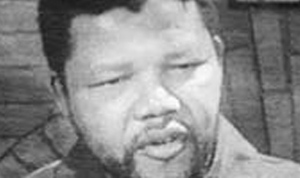 It’s hard for me to believe that it 20 years ago to the day Nelson Mandela walked out of the Drakenstein Prison after 26 years.

When Madiba was released I was watching it live on television early morning in Chicago; later in the day I would fly to New York for meetings with the American administration of South African Airways.

Things were not going well for SAA at the time. They shouldn’t have. The American administration was racist to the core; most of their superiors in Joburg were of a like mind, with a few very notable exceptions who I remember fondly.

Mandela’s release was the death bell for their jobs, and I couldn’t have been happier. The two martini lunches were laced with sexist and racist jokes, many about Mandela, and always ended with a somber and inebriated prognosis that the there was going to be a blood bath.

We made good deals in South Africa in the years running up to Mandela, because it had nothing to do with business facts and figures. The management of many South African tourism companies were running scared to death that when Mandela assumed power, all would be lost, and so they were anxious to give away the store for whatever they could get.

Oh, how wrong they were.

In March, 1993, I was in my small shared office in Joburg selling advertising for my guidebook. I couldn’t understand why no one else had come in that morning. It was in Kempton Park, not a particularly nice part of town, but I still decided to walk down the street to see what was going on.

I found a little grocer who was closing his store, at 10 a.m. in the morning! He told me it was THE election day, and that when the tally came in that evening, there would be blood on the streets, so laddy he said, you better get home.

Home was a hotel room in the luxurious Carlton in the middle of beautiful downtown Joburg. My wife wasn’t with me, but the hotel was offering a businessman’s special and that “armed guards will accompany your wife on her day’s shopping.”

So sequestered back in my room I watched SA TV. The election was the last all-white election called by the then President de Klerk asking for the electorate’s final permission to dissemble the final bits of the apartheid state – to prepare for the first true, democratic election of 1994.

Joburg was a ghost town. Everyone – like me – was watching TV in locked hotel rooms and boarded up homes. All the polls, headlined by America’s own “Gallup Poll in South Africa” cited continuously throughout the day, said de Klerk was going to be snubbed. The white electorate was not going to accept a New South Africa. Apartheid would prevail.

That night the results were in: 3 to 1 to support de Klerk’s dissembling of the old South Africa. The streets were quiet. There was no blood bath. It was eerily silent. I suppose the oppressed – if they were primed to revolt – were stunned and confused, perhaps disbelieving.

But it was true.

The next day at the office was the first day of new business for me. There was peace where all the white folks had expected chaos and oblivion. We closed our business shortly thereafter in South Africa. The white folks there just didn’t know what to do.

Back at home the American management of companies like South African Airways began frantically looking for new jobs, even while pretending that they were indispensable.

The only indispensable person in my life time in South Africa was Nelson Mandela.
MADIBA 20