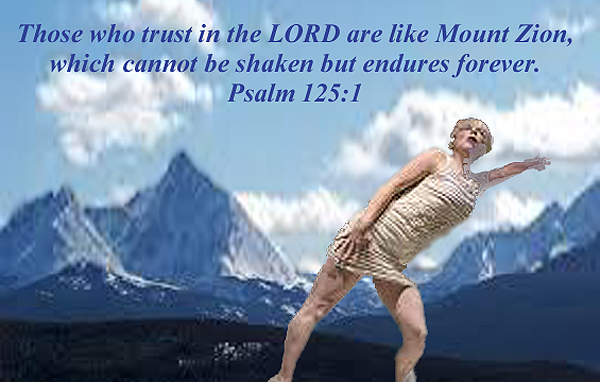 ‘Work hard with homage to our lord and your assured place in the kingdom is safe.’ So affirmed Uganda’s Supreme Court yesterday.

Yoweri Museveni is now President-for-Life. While untouchable dictators are not unusual in Africa, they had until recently been going out of fashion. But I wonder if that Middle Ages Oath of Homage I opened with is reemerging – all over the world, not just in Africa. Why are people yearning for unassailable lords?

Museveni will now run for a 7th 5-year term after the high court he fully controls waved all constitutional protocol against a President-for-Life, a lord. Since any opponents will be tortured or jailed, FiveThirtyEight currently gives him the odds.

Justice-in-waiting, Brett Kavanaugh, reaffirmed his belief that the President of the United States cannot be indicted. For anything? For not turning over the black box?

Museveni and the long line of Ugandan sovereigns have taken their orders right out of the Middle Ages playbook: request “homage” or irreversible fidelity in return for security.

Security not just from foreign aggression. Security from your neighbors or even your friends who might otherwise challenge your position.

It’s not the fault of the Madison County chicken farm owner for laying off all those long-time Danielsville residents. It’s the fault of Obama who let those illegals in.

The capital of Uganda, Kampala, is where those highest ranking in society live and prosper. They’ve done alright. The city is vibrant and thriving. Its famous university, Makere, remains among East Africa’s finest higher institutions of learning.

But like all the lords before him Museveni intentionally neglects the areas outside Kampala. Or more correctly, keeps them as they always were. Kampala gets the resources to compete in an ever progressing modern world, but the rest of the country hangs in the Middle Ages. The gap, of course, grows.

So why do those hinterlanders accept all this?

The greatest fear of a citizen of the developing world is that they will slip further into poverty, further into bad health, lose the precious little they have to a more desperate neighbor or outsider.

They’ll swear homage to anybody who will guarantee this won’t happen.

‘I guarantee’ you’ll be alright, Trump tells the farmers. ‘I guarantee’ the government knows where all the divided parents and children are, Sen. Lankford tells the press. ‘I guarantee’ refugees are still coming, prices won’t increase, climate change doesn’t exist…

What the poor peasant wants above all is an assurance of stability, above all that outsiders won’t displace him.

‘New Mexican restaurant in the mall gives Joe’s Grill a run for its money!’

One of the ways the lords ensure their legacy is by maintaining the peasant’s presumption that their “place” is so much better than those who want to challenge them from the outside.

This is done simply and efficiently by restricting education. The slightest good education tends to develop pride and aspiration. The lord cleaves these apart, falsely creates the peasant’s pride but sequesters her from any hope of becoming something more.

“America is Great Again” even when it isn’t.

Cut the school week in Kansas down to 4 days.

Appoint as Secretary of Education one of the least educated ideologues of the 21st Century.

Finally the lord perpetuates ancient, out-dated customs in a grand display of perpetual status quo. Museveni invited back all the ancestral kings of the old lesser kingdoms of Uganda and now pays them monthly stipends to live and rule in their old lands.

Don’t hold your breath regarding Museveni’s next election. Not sure about the other one coming up in 102 days.