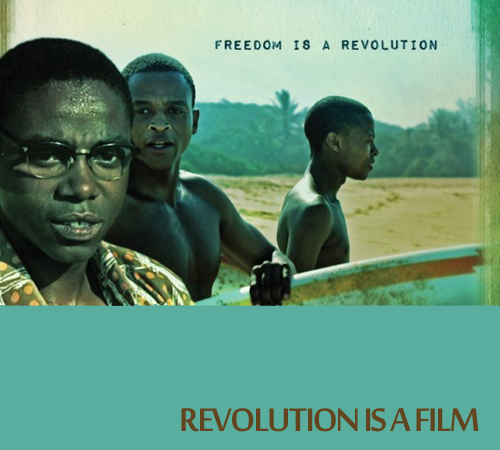 African films are exploding onto the Cannes Film Festival, opening Wednesday, as youthful African societies continue to develop this important art which is being so grossly neglected in America.

The decline in the American film industry is today’s hot topic, but I think everyone’s got it wrong. The emphasis has been on America’s growing and exciting new hand-held technologies and all the products that support them like YouTube.

Undoubtedly that has much to do with it, but I think more so it has to do with the American film industry transforming itself into making money in malls from teenagers.

Film-making provides the modern world with the best way to transform imagination into reality: it’s the conduit, not the transformer. It’s the best catalyst. Nothing better.

So when that focus is placed on vampire love stories the powerful conduit is twisted towards another universe, not ours. It’s no longer relevant to our reality, and in that instance, it loses almost entirely its preeminence as an art form. Its value becomes dollars and sense, little else.

Africa is stepping into this remarkable void left by the American film industry.

This week in Cannes there is a massive representation of South African films, an excellent collection of Nigerian films and especially Nigerian writers, and from my point of view, the best dose of creativity the world’s seen for some time from Kenya.

But they are so few and far between.

Nairobi Half Life and The First Grader are recent Kenyan films produced on a pittance of the budget of a single episode of American Rival, create through the Grecian act of acting and the majesty of writing stories a real and lasting impact on the world.

Madagascar 3 doesn’t do that. Nor do the Terminators or apocalypses or thousands of cars flying into the Grand Canyon. And certainly not vampires.

Good films, and by that I mean films with value to society, films that contribute to art and not just livelihoods, convey moral messages in realistic characters, characters that if we can’t identify with ourselves we can through someone we know well.

And here are several important reasons Africa is displacing America in the film industry:

Of the 150 South African filmmakers attending Cannes this year with some sort of accepted entry into the festival, twelve of them were penniless before sponsorship by the South African government.

Two: African films fuel controversy: they take a point of view and proudly so and at the peril of failure. They dare to retell history, like Lincoln did in America recently. But Lincoln is the exception. Otello Burning is the mainstay of South Africa’s brilliant film industry.

Third and most importantly, film at its best is art. Film in America is business. Shortly before he died, Roger Ebert said this better than anyone.

Africa is developing film as art. It learned how from America. But today business eats art in America. Let’s hope the other side of the world documents this carnage rather than chooses to partake.