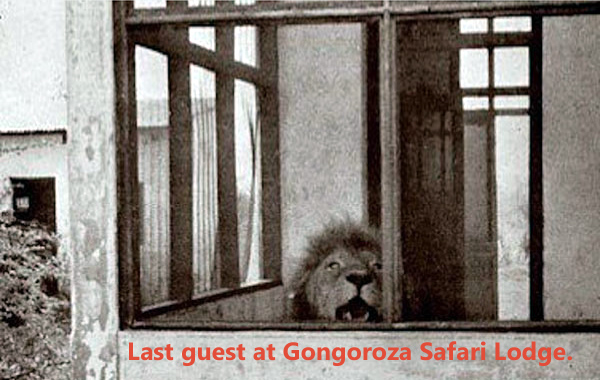 Early this morning I finished a number of phone conversations with friends, staff and property owners in East Africa, mostly in Tanzania and Kenya. I’m encouraged … with caveats.

When I mention “companies” in East Africa I mean exclusively property owners, the people and businesses that own and operate the safari lodges and camps. That represents a little bit more than half the cost of a safari. (The rest is transport, national park fees and taxes, small aircraft flights and profit.)

When properties announced their 2020 prices early as January, 2019, there was a hefty increase of around 4% from the year before. The industry seemed to have finally emerged from the great recession more than a decade earlier.

Everybody was thriving: small companies, big companies and everything in between. Real wages were actually rising. The national parks nearly doubled fees from rates that had hardly moved for 20 years.

Throughout 2019 foreign investment exploded. To much controversy Tanzania national parks more than tripled the leases for available lodges and camps throughout their massive park system, and the number of properties actually built more than doubled the previous number.

Tanzanian parks plowed millions into new entrance gates and administrative centers, most of it leveraged from foreign aid. Kenya Airways started the risky but ambitious nonstop flights daily from JFK!

Then… well, you know then.

Today some of the wilderness national park landscape looks like abandoned trailer parks, or so I’m told. Properties half or nearly completed have been abandoned. Pieces of heavy equipment are rusting behind their backsides. Glass windows are broken probably by baboons. To tell you the truth, I can’t feel too unhappy about all this.

At the same time there’s no doubt that tourists are returning. Most of Kenya and Tanzania’s traditional tourists came from the U.S. and western Europe. The next largest group was from Asia, mostly China and urban Russia. Indian, South Americans and Australians made up most of the rest of the market.

Starting very early this year there were new foreign tourists from South Africa and India, then slowly a small escalation from Europe. By July – according to my friends in the industry there – occupancy was about half the levels of prepandemic.

That was enough to kick/re-start the companies with enough capital. They brought back their staff, cleaned their swimming pools, fired up their generators and offered deals that competed at bottom market prices. So the smaller capitalized companies had little response but to wither on the vine.

Then the end of summer – the beginning of school in America and Europe – banged the hopeful signs like a sledge hammer. That’s what’s happening right now, and while the stronger companies will easily survive as they see strong bookings starting in the New Year, I think we can start sweeping the small companies off the veld.

Now none of this has any scientific correlation to Covid-19’s life history. But if you graph out this anecdotal tale of “how things are doing in East African tourism” it looks remarkably like the graph of illness for the Great Flu in the first of the 20th century. There was no 5th spike.

That’s probably an exercise in fantastical hope. But last week the TSA screened more than 1 million passengers per day, the highest level since March, 2020. Worldwide numbers vary but in most of Europe and sub-Saharan Africa similar trend lines show.