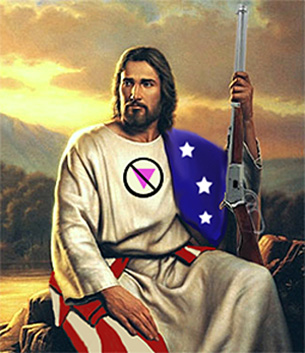 The damn theologians are screwing it up, again. This time in Kenya.

Kenya’s only hope for a peaceful and prosperous future lies in passing the July referendum approving the new constitution. After months of wrangling and horse trading, Kenyan politicians whose differences are much greater than Pope Benedict’s and Joseph Smith’s, have finished the draft. It goes to the people for a YES or a NO in July.

.
Failed Presidential Candidates;
Demagogues;
Terrorists;
Politicians who will soon be named by the criminal court in the Hague as fomenting the last round of violence in Kenya after the 2007 elections;
and..
.. Kenyan theologians. Why?

Church leaders oppose the fact the Constitution doesn’t outlaw abortion. (Knowing that hot-button issue is alone too flammable, they have also publically opposed the adoption of “kadhi” or local culturally defined magistrate courts that in certain locals have a religious tincture : i.e., Muslim. But their overwhelming gripe is that abortions aren’t outlawed.)

On my safaris I praise African church leaders as instrumental in bringing not only peace but sanity to the continent. I explain that while I’m not religious, without people like Desmond Tutu and much less well known theologians, Africa would be a sinking ship.

But like everywhere in the world, Kenyan theologians have become politicized. It’s truly amazing to me.

Today, there is little difference between Pope Benedict, Representative Stupak or Canon Peter Karanja in Kenya. They have lost their religious mission and are stinging their way into the political process with the vengeance of a scorpion.

What the hell has happened?

I don’t remember as a kid the extreme tension that exists in the world today between the “Church” and “The State.” As a kid, in fact, the only recollections I have were the arcane references to it by my 8th grade history teacher.

And that was in Annie Camp Junior High School in Jonesboro, Arkansas, about as deep into the Bible Belt Belly Hole as you could get.

But the separation of Church & State was simply a given: a fundamental divide that was only mildly inconsistent with our opposition to the other guys in the Cold War.

“Having participated in three meetings with the government, we note with sadness that the greatest hindrance to a resolution of the contentious issues is not legal technicalities but rather the lack of political will,” said a statement read by Karanja, on behalf of 17 Kenyan denominations, yesterday.

He said that the draft consitution “faces a blanket rejection by Christians at the referendum.” And he urged all theologians in the country to preach as much to their parishoners.

If that happens the Church may have saved the sinners contemplating abortion, but they will have doomed the nation and culture of Kenya for decades. Every life they think they will have saved will be paid for handsomely by the mayhem that will wreck the country.