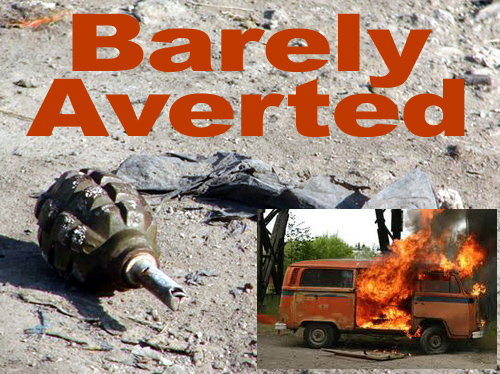 Continued terrorism in Kenya and more public attacks against tourists is resulting in draconian laws that are turning Kenya into an autocratic state.

Prior to the Westgate Mall attack foreign investment was growing seemingly undeterred by the increasing terrorist attacks in Kenya. It’s not clear yet if that has changed.

But clearly tourism is down, and tourism remains a fundamental part of the Kenyan economy. Many operators are turning to local and regional tourism. In something that appears desperate to me, the Kenyan Tourist Board is spending considerable funds to lure Nigerian tourists, where terrorism is as bad if not worse than in Kenya.

And not surprisingly, some of Kenya’s most respected tourism companies are now concentrating more of their investment in Tanzania.

The Kenyan government is not an ostrich with its head in the sand. With a string of negative press reports starting with terrorism and extending unendingly to the country’s leaders trials in The Hague, president Kenyatta is growing increasingly authoritarian.

And Parliament seems willing to go along with him.

Increased police powers and a reversal of the decentralization of the police was the most imposing move. Clearly directed against terrorism, there was limited opposition to this fall’s moves, until the courts got in the way.

The Kenyan constitution is a good one, and the government more or less reversed itself on new police laws before an expected challenge in the court. Using Obama’s techniques but for bad ideas, Kenyatta is quietly using his executive powers to take more control over the police and make them less publicly accountable.

Simultaneously, the government wants to muffle the press, and once again Parliament seems ready to go along. I guess the idea is if you can’t wield the power to stop terrorism, perhaps you can stop the reporting of it.

The two laws Parliament may pass next week “seriously restrict the work of journalists and independent media in Kenya and give the government enormous space for censorship,” according to Kenya’s main online newspaper, The Star.

These laws, too, will be challenged in court if passed.

But while we know that tourism is suffering, because the industry is so public and necessarily transparent, we haven’t learned yet that foreign investment may also now be under attack. And if that’s true, Parliamentarians are likely freaking out.

The answer to the end of Kenya’s terrorism begins with leaving Somalia. I’ve been saying this literally since Kenya invaded Somalia in October, 2011. But that’s not in the cards.

Kenya is America and Britain’s proxy in Somalia, and from that point of view, things are going pretty well. If Kenyan troops were to leave, it’s likely the warlords and terrorist would regain control.

So Kenya continues to suffer so that Americans can enjoy their holidays… but not on safari.