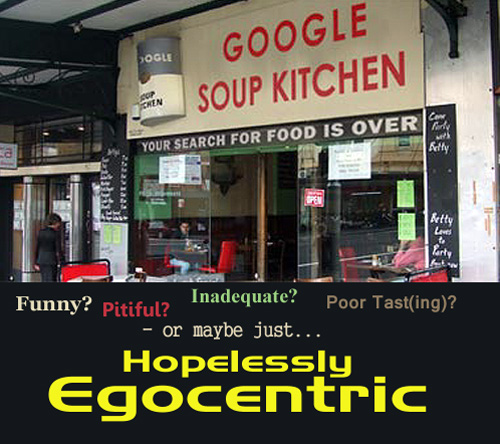 Sometimes, a week can’t end better: a long-held belief, a life-long mission, an endless struggle to prove the obvious … it just all comes, together. And so it did, today, for me:

GiveDirectly proves in real time in Kenya why charity is usually so bad. (Thanks to NPR’s Morning Edition for finding this one.)

Every time I criticize charity I have to quickly qualify the remark as a vital generalization that, of course, has exceptions. And then equally quickly, however, I have to point out how few exceptions there are.

My experience with charity has been mostly in East Africa, where for much of my life I fostered lots of it. When I was younger I was flattered, chagrined, grateful and often very proud of the projects that I created and which were generously funded by lots of organizations, especially Rotary International.

But as I got even older and looked back, I realized how bad most charity is, including I dare say, my own.

I came full circle, so to speak:

Long before I had the experience or equity to muster anybody to do anything, several of my first jobs were with international organizations in Paris, including the OECD and UNESCO.

Barely into my third decade of life, I was no analyst. I began as a typist, but over my two years I was given more responsibilities, and above all I had the remarkable opportunity of (not just typing the words of) but meeting people like Noam Chomsky and Jean Piaget.

These were the pioneer thinkers in world development, and from my point of view, they remain so, today. Their positions never changed. Mine have.

What I learned and discounted all too quickly back then was that to help the world, you had to first study Galileo.

You had to understand how big the world was, and how infinitesimally small any individual is.

That was a hard lesson for a young American in the early 1970s, particularly one who felt empowered by helping in a small but real way to end the Vietnam War.

And while the roster of thinkers in Paris at that time was overwhelming and diverse, I’d take a stab at summarizing an area of common ground: only governments can affect anything good and meaningful for societies to develop in the modern age.

Only governments. Not Rotary, or your church or your favorite foundation, or Toys for Tots. This doesn’t mean participation in those efforts is meaningless – not at all. The valuable fruit from the efforts of this type of charity is the possibility of creating a range of expertise.

(Theoretically, by the way, governments could also create this expertise if they had the latitude and unchecked funds to do so. But they don’t. In my radical older age I believe they should, and will, someday. But not yet.)

But that qualification which defines what private charity is capable of doing, creating expertise, means that most charities don’t.

The mission of most charities is not to learn from what they do, but to teach what they know. And that’s when they become destructive.

To summarize a myriad of thoughts and ideas on this, suffice it to explain that most charity work contributes to a culture of dependency. It becomes self-perpetuating in a most terrible way.

And this isn’t because the will or spirit isn’t there to do otherwise. It’s simply that you can’t engineer today’s modern society with toothpicks. It requires giant cranes and tunnel blasters and gargantuan staffs of people. You can’t build a skyscraper with a class of high schoolers.

And even the most affluent of us, even the Bill Gates of the world, aren’t big enough.

I’ve elaborated on this in particular, recently, as we learned about awesome breakthroughs in preventing malaria, a cause celebre for the Gates Foundation. But these breakthroughs have all come from government institutions, not private organizations like the Gates.

The perfect charity for an individual is thus:

Moved by the moral unacceptability of homelessness, a high schooler from the Brooklyn Heights takes the subway to South Bronx and helps Habitat for Humanity build a house for someone. She works her tail off, and at the end of the weekend feels pretty good as she stands back and looks at the new abode. She then walks back to the subway past hundreds of homeless and realizes how pitiful her effort was. She then votes progressive and dedicates much of her new free time to human rights organizations lobbying government for more subsidized housing.

That’s not the story of most donors.

Most givers are motivated if not principally at least significantly by the belief that no one knows better than themself and their small community how to help others.

This egocentric-mania leads to decrying government as a bad idea, since government is the ultimate reverse of egocentrism, the “we”. I suppose it’s based on the mythical American dream, that fantasy created by super American optimism that chooses to remember only the good at the expense of recognizing the bad.

The world is far too complicated for any single one or small group of us, or even wisely led foundation for us, to develop must less manage. If we are moral people, we must allow ourselves to be subsumed by the society we define.

We must trust government even as we work tirelessly to make it good.

That calls for an extraordinary effort, life long. And the beautiful antithesis of that is GiveDirectly, as simple as its website. You don’t have to click around very much, and you don’t have to think about a damn thing.