A good example is why West Africa’s Boko Haram has yet to receive the designation despite their constant and increasing terrorist activity.

If suicide bombers driving explosive laden trucks into U.N. buildings doesn’t get you labeled a terrorist organization I don’t know what will. The sect’s string of terrorist attacks have killed more than 1000 people since late 2009 including two deadly attacks on Christian churches yesterday in the northern Nigerian town of Bui.

The definition is so detailed that many terrorist governments, militias, gangs, etc. can avoid the label… if the State Department is so inclined.

The definition is so comprehensive and all encompassing that almost any martial organization could be called terrorist– including professional armies at war: hijacking, kidnaping, assassination, the use of chemical, biological, or nuclear weapons, and, in the most general clause, the use of explosives or firearms with the intent to cause harm to individuals or property.

“Terrorist organizations” are those entities that train for, plan, finance, or actually carry out “terrorism.”

Oh, and of course, you will see on the State Department website that the Foreign Terrorist Organization designation only applies to groups that threaten U.S. interests, property, or personnel. This allows broad subjective (and likely political) conclusions. Consider, for example, how organizations like the IRA or Mexico’s various drug lords backed by local state governments there could be classified.

You’d think, though, that Boko Haram couldn’t wiggle out of the classification – kidnaping, assassination, and intent to harm for sure. They also, in my opinion, threaten U.S. interests more than the four outfits in Africa that were on the list circa January 2011:

Congressmen and many Justice department employees have pressured the State Department to pass judgment on Boko Haram, but State continues to refuse despite the group’s numerous and increasingly spectacular attacks.

The take away here is that labels are political tools and not dictionary definitions. Apparently, the Nigerian government has strenuously requested that Boko Haram be kept off the dreaded list of foreign terrorist organizations.

Why? Well that depends on who you ask. Nigeria’s Ambassador to the U.S., Prof. Adebowale Adefuye, said because such a designation would open to the door for U.S. drone strikes like those in Yemen and Pakistan.

Our reputation precedes us.

Other Nigerian sources claim that such a designation would lead to the harassment of Nigerian citizens abroad, and/or would deter U.S. investment.

This entire debate upsets me because such vagaries leave room for gross manipulation; do some countries get to tell the U.S. who is a terrorist and who is not?

I get the feeling that the Uighurs or the Kurds are either nationalists or terrorists depending on how the political winds are blowing from the U.S. to China, or from the U.S. to the Middle East. What will happen if a weakened Al-Shabaab strikes a power sharing arrangement with the Transitional Government in Mogadishu? I wonder if they will suddenly cease to be terrorists, semantically anyway. 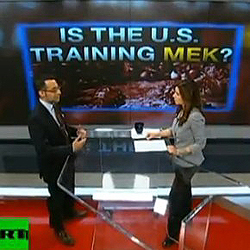 Congress can’t even make up its mind regarding Iran’s Mek.

The haphazard designations of terrorism bring back feelings from the Bush era “War or Terror” where designations were key in the cowboy ‘with us or against us’ mentality.

I am also uncomfortable with the fact the U.S. military has been guilty of many of the sub-clauses defining terrorist activity. We have assassinated foreign citizens, financed foreign militias, and used overwhelming force against legitimate targets even when they are nestled within civilian populations.

Many of these acts (certainly not all) might be legal, but playing politics with simple definitions like “terrorist activity” just increases the ugly feeling that the U.S. creates the rules and then applies them selectively.

I would be interested the hear anyone’s thoughts comparing Boko Haram’s eligibility for the terrorist label with a group like the National Movement for the Liberation of Azawad in Mali. I think there is a substantive difference – do you?