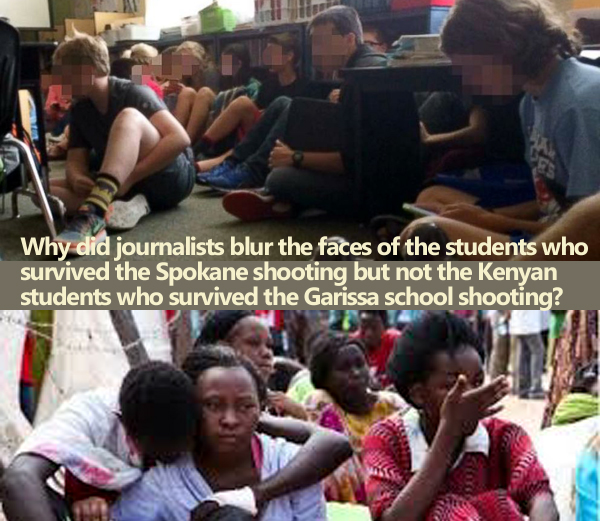 You’re still overly cautious, I won’t say afraid, of going to Africa, right? Because you’re worried about insecurity, violence. Of course. You’ve heard or seen on TV those face-capped terrorists that go into schools and offices and shoot things up, right? OK.

Are you afraid to go to Spokane? How about Rockford? Memphis? Philadelphia, New Orleans, Clovis, Plano, Inglewood, Sacramento, Evansville, Gainesville?

America is off the charts with gun violence, yet you’re worried about going to Africa, a continent that is 14 times bigger than America but this year has had … zilch, zero, 0 school shootings and what’s more, even with all its revolutions and terrorists and civil wars, fewer per capita deaths from gun violence than America. Nothing I can do. You’re insane.

You sputter an instant reply, “Oh, come on!” and then hesitate because you really can’t easily explain why you’re not afraid to go to the places that in the last year have had the most horrific, barbaric child violence on earth but you’re afraid to go to a place that statistically you have a greater chance of living a longer life.

This blog was supposed to carefully and specifically contrast the number of maverick gunmen school shootings in the U.S. with Africa and other parts of the world, motivated by recent African press coverage of the Spokane school shooting yesterday.

I imagined a nice little table of # shootings, population size, # students. I can’t write the blog. Too much misinformation has been spilled into the U.S. media, and hard statistics aren’t available for 18-24 months beyond the moment.

In a remark that was later removed from NPR, a commentator mentioned “31 school shootings this year alone.” That makes sense, but it can’t be documented. Congress has defunded all agencies from gathering these statistics.

I can tell you how many leukemia deaths in Cook County, Illinois, how many Armani suits are being worn in Los Angeles, how many robo calls in metropolitan Detroit over any given period… but I can’t tell you how many school shootings until poorly endowed not-for-profits painstakingly gather the statistics and compile them more than a year later. Because Congress, those in power, don’t want you to know.

The CDC had generated these statistics for years and did a masterful job until 1996 when Congress pulled the plug.

You sputter, “Oh, come on!” and then hesitate because you really can’t explain why you’re not afraid to go to the places that in the last year have had the most horrific, barbaric child violence on earth: a school shooting in America.

Much less the hundred/thousand times greater number of mass killings that weren’t in schools.

But it’s not unique. It’s not just Africa. America – where you live – is probably more insecure, and the point I’m making is that if you’re comfortable living in America then you’re insane unless you’d be comfortable traveling to Africa unless…

… you’re fooling yourself. You or somebody influencing you creates this false sense of security. You live in a dream world, and it’s not so bad, right?

OK I can accept that. I don’t think it’s particularly mentally healthy, but if it got you to this point OK I realize it’s hard to change, now, and why should you?

The safest place in the world is probably Europe. The next safest places in the world are the great lock-down dictatorships like China where citizens voluntarily give up many of their freedoms for security. Then, there’s Africa. America is at the bottom.

Africa and America are not safe places. Africans are trying their darndest to change this. Are you?

I think it’s pretty simple. Americans don’t want to know about themselves.