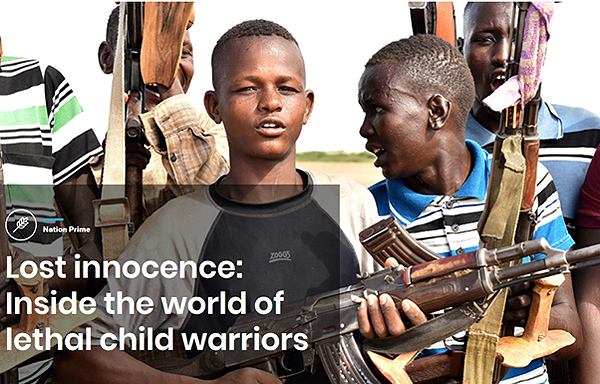 Early Wednesday I bemoaned Democrats for impeachment because their Republican opponents argued the facts weren’t egregious enough. By Wednesday afternoon Republicans said they weren’t the facts.

Last May Nairobi housing officials declared a large number of residences “safe” for habitation. Yesterday one of those collapsed. Last August Kenyan police declared they had disarmed holders of illegal assault weapons in the northwest. Sunday Kenyan reporters revealed children as young as ten years old were proudly talking of the number of people they had recently killed. (Watch this unbelievable video.)

Words used to matter. But they don’t anymore. We have license to infer any meaning from any word that we wish.

The result is as serious a division of society as different languages used to produce.

Language differences were historically the easiest way to identify human differences which in earlier times regularly led to conflict.

If you didn’t talk like me, you weren’t as good-trusted-reliable as me and my fellows.

The information revolution has incredibly mitigated language differences both through instant translation and the spread of dominant languages like English. Social polarization is no longer a language conflict outcome.

When I was boy in the days of the Cold War we were schooled to be wary of brainwashing and propaganda. That, we were told, was the principal weapon of the “new world”.

Disinformation inversely did what language differences had done before: altering meaning enough to sideline you, remove you from your comfortable reality.

And it was true. George Orwell’s 1984 scripted it perfectly into a futuristic story of abject obedience to falsehood.

Referring to Orwellian tendencies in society was a very recent admonition. But now that’s changed.

Propaganda and brainwashing require agreement on the meaning of simple statements.

The building is safe. The president didn’t request a favor. The children are unarmed. In the old days such untruths would be supported by fixed photos and tortured participants and journalistic accounts of how happy everybody was.

So now, even when none of the foregoing is true, it seems we can accomplish the same brainwashing and propaganda goal by simply assuming the opposite meaning to what it really means.

The unsafe building is safe. The favor the president asked wasn’t a request. The armed children aren’t.

All those horrid untruths become dangerously true just because those who would be otherwise culpable simply reflect them backwards like a mirror that alters left and right.

This isn’t Orwellian. This is insanity.