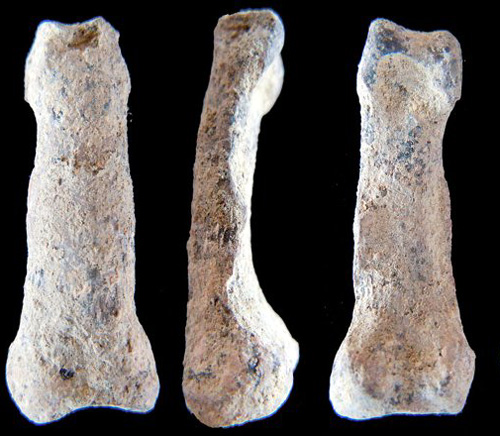 Paleontologists have some really new important bones from Olduvai Gorge, and they so perfectly fit into my collection of bones against paleontologists!

Olduvai is one of my favorite places in the world, a bit overrun these days by too many tourists but weathering it all well, and on every Tanzanian safari I lead we visit this magical place.

Few early man sites have been as productive as Olduvai in spite of its depth into prehistory capped by the 3-million year old lava of the super volcano Ngorongoro.

But since it was essentially “the first” real early man site, it’s probably been worked over more carefully than any other early man site in the world. I heard this year that Stanford scientists are testing a process to excavate into lava (have been unable to verify) but until recently at least Olduvai’s discoveries were limited to around 2½ million years ago.

So while the horse race among anthropologists to find the earliest hominin has had to move elsewhere (with great success, by the way), scientists who park themselves at Olduvai must be content with less sexy discoveries.

The “pinkie bone” as named by Discovery News, pushes back even earlier the date for contemporary human traits emerging in the fossil record.

Hands and their fingers are key components of modern humans and our most direct ancestors. Compared to skulls, jaws and teeth, we don’t have a lot of hands and fingers. In fact we have more feet and toes than hands and fingers.

They are also much nastier to one another than other kinds of scientists but I suppose that’s governed by Nelson as well.

I think one plausible explanation for why we have fewer fossil hands and fingers is because scientists aren’t looking for them as earnestly as for skulls, jaws, teeth, toes and feet.

This is because skulls contain brains which we think are directly related to cognizance (except with Fox News presenters).

Jaws is one of the best markers towards common ancestry with apes. Teeth are marvelously durable and are a treasure box not just of the behavior and life history of the individual who had them, but of the mortality of that person’s race. Toes and feet contribute to understandings of bipedalism, which is generally considered the first indicator of hominin.

Hands and fingers … well, yes, they make tools. But there even seemed to be a greater desire for the discovery of fossil tools than the hands and fingers that had to make them.

Of course fingers especially are fragile things, made up of all sorts of tiny bones that are much less likely to become fossilized. But whether coincidence or subconscious intention, we haven’t had a lot of them.

What this current discovery does is push back to nearly 2 million years a creature with a modern-looking hand.

That’s considerably older than the other creatures whose hands we have found. In fact, it’s such a startling discovery that its scientists are suggesting it may represent still another species of early man.

Alas! My bone with paleontologists!

I’ve contended for some time that there are probably dozens of early men, dozens if not more than dozens of species of early hominin.

Paleontologists, on the other hand, are a bunch of reductionists after the fact.

By that I mean that of course every unique early man fossil found is often initially presented as something entirely new and, dare we suggest so, a new hominin species.

But that doesn’t last long. The overall culture among paleontologists is to reduce the body of evidence into as few different hominin species as possible. That’s understandable since the alternative is so daunting.

But the alternative happens to be right, and this most recent find from one of my most favorite places in the world is pretty irrefutable evidence.