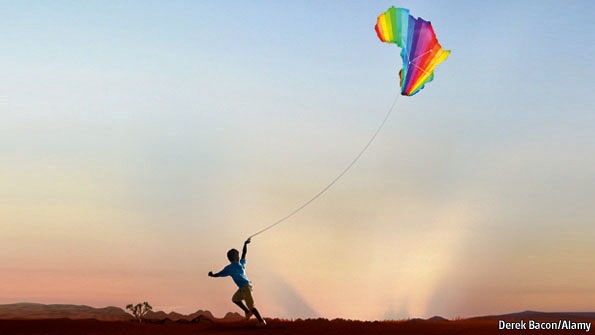 The experienced traveler or cultural connoisseur must take ever more drastic measures in 2012 to experience something new.

A form of cultural convergence driven by globalization and increased wealth has smoothed out many of the wrinkles that once made Confucius’ sphere of influence look and feel different than Locke’s or Chingus Khan’s.

Cultural differences certainly exist below the surface today, but consumerism and urbanization are the norm, and even music, fashion, and architecture tend toward a global median with regional varieties.

This is why Africa can be so intoxicating.

Even though American R&B often blares from Lagos bars, and East African businessmen wear western style suits, African cultures still feel substantively different than the pseudo-Western global norm that prevails in most corners of the globe.

For everyone plagued by the sense that the current world order is still letting too many people down, or that the structures supporting the current order exclude too many people, the notion that Africa might take a different path makes us hope, in spite of ourselves, that Africa’s rise will give rise to new institutions, and inject powerful new ideas into international conversations on rights, justice, equality, and human potential.

This phenomenon is accelerating as we speak. Africa’s special if not unique needs have already moved the world forward.

Its unique history and demography have created the world’s most progressive constitution in South Africa.

The combination of traditional justice and modern conflict has given rise to various forms of truth and reconciliation as alternative judicial processes to Western inspired punitive justice focused on individual agency and responsibility.

The world may soon look to Kenya as a model balance of federalism and social inclusion.

I am most hopeful with regard to how Africa will innovate around social and economic inequality.

Gross inequality is often treated as an unfortunate side effect of the transition to a market economy.

However, in many Africa states and societies, organized labor played a key role in chasing the colonizers out, and historically, many leaders in local traditions maintained their position and prestige by giving away wealth.

Controlling the means of production was only powerful in so far as it allowed leaders in some cultures to bestow gifts on important power brokers in their communities.

How will these deep-seated cultural attitudes toward inequality mesh with the notion that inequality is inevitable?

Perhaps South Africa will square this circle over the next 15 years, and the world will be a much better place for it.

I often hear people compare Africa in the new millennium to China in the 1970s.

The same people will compare Nigeria, or Kenya in 2012 to Indonesia or Malaysia 30 years ago, and in so doing communicate that this is ‘the time’ to invest.

These comparisons are useful to a point, but they assume a common trajectory for all societies. A ladder with the same rungs if you will.

I, for one, hope that Africa’s ladder has new and different rungs. I hope that just as a tourist in Africa today might truly find something ‘new’ in culture or art, scholars of government and society will soon visit Africa to learn how African states and societies innovated to overcome intractable, globally applicable issues.