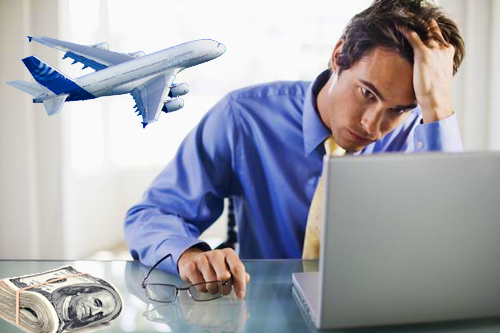 There is no set price in travel. Prices change constantly, and a question I constantly get is “Should I buy now?”

The pricing discrepancy is uncontested. Two different people side-by-side on two identical computers accessed the Delta site and searched for a ticket price in exactly the same way and for exactly the same flights.

Delta insists it was a computer glitch but according to a reputable global travel watchdog, ETN, “Anyone fluent in software development and deployment knows that these kinds of issues [require] careful coding and thorough testing. The fact that Delta admits that this situation has existed for some time suggests that the issue was not a mistake…”

I doubt it was a glitch, and even if it began as such I suspect the IT department began to cultivate it.

“Dynamic pricing” is sweeping the travel market. Even hotels now sell the same room for the same date a hundred different ways, depending upon where the request comes from, how well the hotel is doing that day, and what the competition is doing.

According to American Airlines, there are 100,000 changes in its prices every day.

This is not done by 100,000 different clerks typing in new numbers. It’s done with computer algorithms and artificial intelligence designed to get absolutely the most out of you possible.

Airlines lead all travel pricing. Hotels follow immediate suit. And right afterwards, cruise companies, safari chains, and even amusement parks adjust their business practices to reflect what the airlines do.

Even the cost of a safari.

“Dynamic pricing” is the golden mantra of travel businesses today. And in the unregulated market that we live in, there really is no other way for a travel business to succeed.

Technically there’s nothing illegal about this. Travel is a commodity just like gas and potatoes, and the market demand begins to set the price. Some argue that Delta could be brought to court based on its own advertised commitments, but if you take the time to read the small print, I doubt it.

But the problem with travel is that you generally pay a lot earlier than when you fill your car or buy dinner. And this long delay between paying and getting opens up wide areas of ethical controversy.

The Obama administration’s careful and Congress-motivated increase in airline regulation this year has helped a lot. It’s in fact a miracle in these days of swaggering politicians decrying any regulation whatever.

But new rules no longer allow the airlines to fool you about ticket prices by claiming after market increases are taxes, for example.

That’s what I see is the fundamental problem, today, with travel: too little regulation. The result is utter confusion for the consumer and chaos for the travel business. The start of American deregulation of travel, which began in 1984, is the direct reason for so many large airline bankruptcies and the economic dislodging of the industry as a whole.

Had this regulation not started and never been implemented, we most certainly would have higher airline ticket prices, today. BUT…

Lots of communities, like Cleveland and Nashville and Flagstaff, would be guaranteed multiple airline services. And smaller communities like Dubuque and Fargo and Centralia would not be at the whim of so many seasonal changes.

And in the end, travel would be more valuable for less money.

So the question, “Should I buy now?” is one that has no pat answer. If you think demand is going to go up with time, then buy now. If you believe we’re headed into a double-dip recession or war that would restrain travel, then wait.

Travel is a leading indicator of the economy, so it usually moves in the direction good analysts predict the economy will move. Although in my long tenure in travel, I still pretty much believe in a certain maxim:

If you know you’re going, buy the ticket!