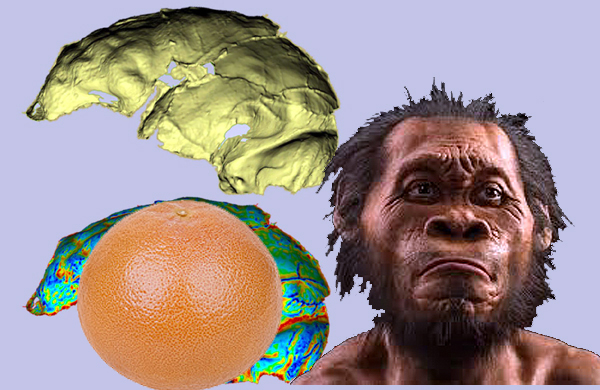 A significant breakthrough in the understanding of our own ancestors might once again flip some basic presumptions about human evolution.

Beginning resoundingly with Richard Leakey’s 1991 book “Origins” human evolution was not considered linear, but branching. In other words there wasn’t Early Man-1438D who evolved into Early Man-763F who evolved into so-and-so until finally we emerged. There was a “bush” not a “branch.”

In other words there were many versions of early man that coexisted, interbred, “back”bred and got the gene pool as mixed up as a supreme smoothie power drink.

The most recent evidence for this are the discoveries of Neanderthal and Denovian genes that exist in all of us.

Even so we can take a pencil and draw a line from us back through our ancestors if we are consistent in which of two directions we go each time we hit a couple. We can draw a very long, fairly straight line from our father to all his distant fathers; or from our mother through their mothers.

And as luck would have it there’s a very easy way to do this into the millions of years ago: mitochondrial DNA. Your mDNA comes from your Mom and she got it from her Mom all the way back to the Garden of Eden… or close. It’s fair to conclude that from the moment mDBA evolved it was passed only from mother to child.

We’ve learned all sorts of wonderful things as a result of mDNA allowing bold speculations like when when modern man crossed from Africa to Europe. But there’s something greater, I think, that mDNA presaged.

Maybe there are other things modern-human – other than mDNA – that also passed down a more or less linear route.

One was suggested a few months ago and it’s a paleontological bombshell!

Naledi is an early man, nearly full skeleton found in South Africa described in 2013 as being several or more million-years old, an Australopithecine similar to Lucy or Nutcracker Man. This first determination was based on anatomy: It looked like an ape man.

But careful dating puts it much, much earlier. Naledi is actually only 335-226,000 years old. This puts it stunningly close to modern man. So what was it?

Well, it was a about 5′ tall and weighed 100 lbs. It was found in a deep cave that would have been very hard to get into and was surrounded by a bunch of dead skeletons, possibly a burial tomb and in the vicinity of many sophisticated stone tools.

We know that early man was a master stone tool maker and that many early man species engaged in ceremonies at death.

So sounds like a cousin? Well, Naledi had a brain the size of a big grapefruit, a little more than a third the size of the brain of most of my blog readers!

Literally until this moment in paleontology we correlated brain size with evolutionary advancement. Can’t do that anymore. This creature with a chimp’s brain was clearly more advanced than previous older creatures (like homo erectus) with much larger brains.

Apparently it’s the shape not the size man’s brain that gives it so much power! What if brain shape passes down like mDNA?

Class over. Rest your mind; we’ll be back to this in a minute. Three side topics:

In the last year paleontologists have made breath-through discoveries pushing the date of modern man back further and further. There are indications of organized human hunting in Asia 700,000 years ago. The creatures who undertook this may have a strange affinity to the “Hobbit Man” – homo floresiensis – who has puzzled scientists for decades as they tried to fit it into the family branches.

Certain spear tips, for instance, could only be made from material found in limited areas, so when discovered far away from those areas it meant early men were interacting between groups. What’s so exciting about this, is that it predates the presumption of human commerce by 50,000 years or more.

So put this all together in a new supreme smoothie power drink!

What I think we’re coming to is an understanding that while all procreating creatures branch, there’s a bush of humankind quite separate from other bushes of early-man like creatures, like Australopithecine or Erectus.