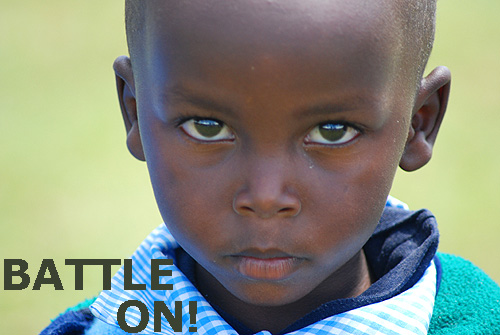 A breakthrough discovery announced last week by a University of Illinois professor leads the pack in the race to eradicate malaria.

(Boy, this is simplification that I’m going to regret.)

More correctly, by increasing the oxidative stress in the mosquito’s gut by killing a gene-activated protein intended to minimize the stress. Got it?

Don’t try. It’s nonetheless fabulous and opens up a whole new area for vaccine development at a time that numerous hopeful results are happening in the battle against malaria.

Malaria can be found in the blood of 1 out of every 12-13 people in the world, more than a half billion individuals.

Sixty percent of these are life-threatening situations. Every year 1.5 million people die of malaria, two-thirds of those in sub-Saharan Africa, a child every 30 seconds. More people in the world have died of malaria since 1914 than from any other single disease, war or natural disaster (120 million).

You would think that with all the wonders of the sort Dr. Quigley and others have discovered, that things are better today than in the past. They are better than a decade ago, but they’re no better and in fact worse than two decades ago, or a century ago.

This is basically because malaria is a poor man’s disease, and for several centuries until the last decade, the world’s poor were basically getting poorer and poorer and increasing much more quickly than the non-poor of the world. And there were few scientific advancements in the battle against malaria.

The recent decade’s change has been mostly in scientific advancements, and the last decade has shown some promise in the world’s avowed goal of minimizing poverty, too.

Malaria is a poor man’s disease, because it’s spread by a blood-sucking insect. More bodies with less protection increases the mosquito, which increases the disease. It’s a simple unprotected population increase vector.

It’s also a tenacious disease. Unlike yellow fever or smallpox or measles, the life cycle of the malaria plasmodium is extraordinarily complex, providing natural selection with all sorts of opportunities to beat the human endeavor against it.

In particular, half-completed efforts in the 1950s and 1960s which basically eradicated malaria in the developed world only provided clever fodder in the undeveloped world for the disease to grow resistant.

Moreover it’s only recently that the world has recognized the economic disaster it causes. (Forget about the moral one, most of modern world policy is driven by economic opportunity. ) We’ve now demonstrated that lost productivity and the emergency responses to people sickened with malaria is far more costly than our aggregate efforts to prevent it.

The RollBack Malaria Group heavily endowed by the Bill Gates Foundation and a growing number of foreign government agencies has raised awareness to the malaria epidemic, funded numerous research projects and vaccine attempts, and spear-headed in particular accelerated efforts to protect children.

And not all the efforts require the beyond-understanding science of Dr. Quigley. Imaginative scientists from Wageningen University in the Netherlands, the University of Nairobi in Kenya and the Kenya-based African Insect Science for Food and Health Institute announced this month perhaps the most effective trap ever devised for mosquitos:

In fact research is progressing so quickly that some experts worry that effective vaccines will be available by 2015, but without any procedures to use them!

These are the kind of problems that are good to have. So thanks, Dr. Quigley, and the thousands of others working persistently to create this increasingly good news.