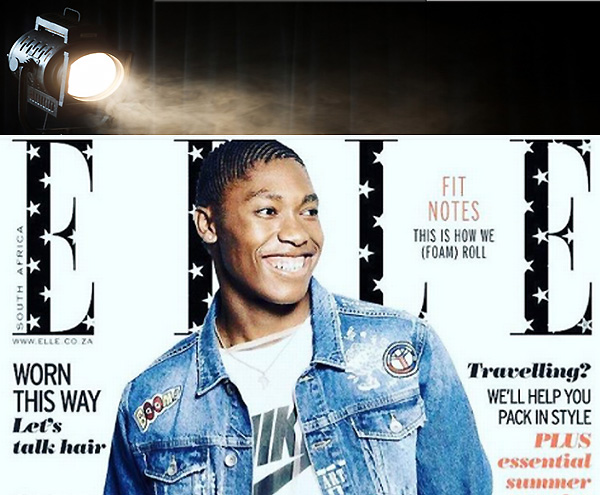 Her critics contend she is either not a woman or too androgynous to be allowed to participate as a woman. She’s undergone intense scientific scrutiny which certainly became personal humiliation. Legitimate concerns about the efficacy of the division between “men” and “women” in sports competition got hopelessly muddled in the process of investigating her gender.

In the end sports authorities accepted she had crossed the finish line first as a woman, but they’ve punted on the issue of whether or not she is a “woman.” Where does this leave us?

If ever there was a role model for self-confidence and -esteem, it is Caster Semenya:

She knew from early on that she was unusually strong for a woman. After her first stunning wins as an 18-year old in 2009 she was barred from world competition for nearly six months but then allowed to participate thereafter. In 2012 she won the silver medal in the 800 meter race and this year won gold.

But mainly because of the scrutiny she drew, the International Association of Athletics Federations (IAAF), the governing body in these matters, adopted a policy in 2011 restricting the level of testosterone allowed in women athletes, labeling high levels as “hyperandrogenism.”

Rumors exploded and Semenya did suddenly disappear from public view for a while. When she reappeared for qualification in the 2012 run-up to the Olympics, she passed the IAAF testing.

Then last year the IAAF hyperandrogenism regulations were suspended until 2017 by the Swiss-based Supreme Court for all international sports competition.

That suspension is being litigated among sports authorities right now and will either be itself rescinded before the next Olympics or made permanent. Because Semenya passed the now suspended regulations, the decision is unlikely to effect her specific competition.

But it raises still the delicate question about the division that separates men from women in sports competition.

Jeré Longman writing in the New York Times points out that exceptional biological traits appear in most successful athletes:

“Eero Mantyranta, a Finnish cross-country skier who won seven Olympic medals in the 1960s, including three golds, was found to have a genetic mutation that increased his hemoglobin level to about 50 percent higher than the average man’s.”

Longman goes on to describe several other similar biological advantages that successful athletes have. Consider the unusual physical strength and build that defines a successful American football lineman.

Clearly, males dominate females in sport when competing directly with each other. It’s not simply unfair, but foolish, to avoid this distinction. I don’t believe that Semenya muddles this. She is, as she says, what she is: a super woman, and woman is the defining point.

“We all need to be able to step outside of the self-suffocating boxes of how we have been conditioned to think about gendered identity,” writes Joy Watson in Elle. “There are multiple ways of being gendered in our society… Caster’s story…is born of hard work, perseverance and tenacity against the odds. Caster did not just win us a gold medal, she won it against difficult odds – odds that included her degradation and public humiliation as a consequence of social ignorance.”

That’s the point. “Androgynous” or “hermaphroditic” may indeed exist as real biological conditions, but they are insufficient for defining a third gender of homo sapiens much less for disqualifying someone from being considered a “man” or a “woman.” Their advantages or disadvantages are no greater than better or worse coaching, higher or lower hemoglobin, taller or shorter, bigger or smaller.