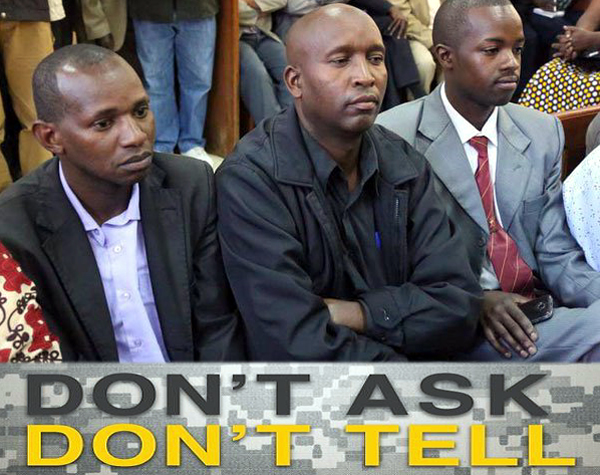 The progressive social movement’s success worldwide continues to befuddle me when set against so many political setbacks, and no better example than what happened in Kenya over the weekend.

Three Kenyan Anglican clerics fired by the church for being gay were reinstated with back pay and damages by a Kenyan court that also enforces Kenyan anti-gay laws.

“The homosexual crime was not established in this court,” said Justice Byram Ongaya. Moreover: “…there is no evidence of the homosexual allegations.”

You see, had there been, the three could be legally fired, then prosecuted and then jailed. So I’m sure that many of you like me cynically believed all the judge was doing was setting them up for a later prosecution.

But after reading his ruling, I don’t think so. The judge was actually quite compassionate about the whole affair, awarding considerably more damages than required by law, explaining that the high award was “compensation for the trauma the three passed through when they were serving their suspension.”

“The suspension amounted to degradation. The church did not give them any right of legal representation during its tribunal hearing,” the judge explained to a packed court room. “They must have looked for a place to hide because of the kind of injury they have suffered,” he went on.

Clearly all would agree this puts Kenya right now on the “Don’t Ask, Don’t Tell” level of social progress. America’s stint with that period was a very short one. Kenya, unlike most of America, has very harsh laws against homosexuality, so it might be argued that Kenya’s stint with this period will be much longer.

That’s so hard to predict. The acceptance of LGBT culture worldwide has evolved with unbelievable speed.

And all this is happening in a “democratic” country that is growing increasingly authoritarian… political setbacking, so to speak. The party in power, and their helmsman, are legislating against free speech, free assembly and electoral freedoms with so far little judicial resistance.

Consider that in the last encounter between Kenya’s President Uhuru Kenyatta and President Obama, a very public impasse occurred over the matter of LGBT rights. President Kenyatta in a heated reply to Obama’s call for tolerance of the LGBT community dismissed the American president by insisting in Africa that “Gay Rights is Really a non-Issue.”

Well, I guess not. In fact, the same month that Kenyatta and Obama had their tiff about LGBT rights, another Kenyan judge ordered the Kenyan registrar of organizations to legitimize one of Kenya’s LGBT groups.

So we’ll keep our eye on Justice Ongaya, see how the Anglican church is going to deal with this incredible internal paradox, but let’s not lose grasp of my initial befuddlement: why have LGBT struggles been more successful than political struggles like those for national health care, for example?

Put more positively, what can the struggle for progressive politics learn from the LGBT struggle?

I suppose that the issue of taxation or resource tithing associated with government programs makes politics more significant to the actual day-to-day lives of people than the sexual behavior of fellow citizens. But you would not think so listening to the Right. Taking them on face value, morality is far more important than government policy. In fact, many on the Right believe the two need to be carefully but almost completely associated.

Perhaps that’s it. Conservative “Face Value” is not. Rants against homosexuality are legendary from closeted homosexuals. Has anyone totaled up how many Republican versus how many Democratic gay scandals there have been?

So all the LGBT struggle has had to do is persevere, because ultimately the religious voodoo auguries dissolve into reality and then, well, it’s no longer a moral issue but a psychological one of denial.

So… all those Americans who argue health care is not a human right are just in denial? They really do believe it is. I mean how could any one human not believe in his heart of hearts that we have to keep all our fellow human beings alive and well?

How could any real sensitive and warm-hearted person believe someone should be incarcerated for using pot?

How could anyone with a half-a-brain not believe that truth matters?

So … just persevere and the world will come round.