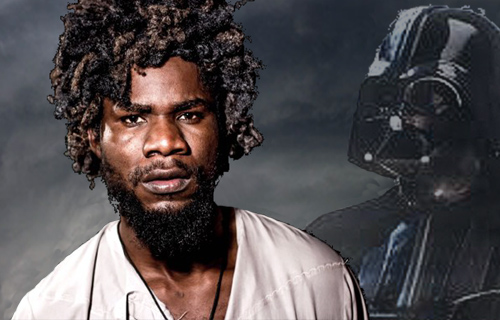 No wonder that stability may trump Africa’s expanding democracies. Just look at Mosul or the Boko Haram held areas of Nigeria.

Today a popular rap singer was arraigned by a Lusaka magistrate for “defaming the president” of Zambia even though such a specific law doesn’t exist.

Pilato’s rap depicts the president as an oaf who spends much of his time drinking.

But the hook which gave his rap such a wide audience was the accusation of drunkenness. Drunken old men in rural Africa are the bane of their families, a condition closely associated with dementia.

It’s understood that age and dementia are not willful situations but nonetheless divine the good old men from the bad old men: prosecutor, judge and jury be damned.

So prosecutor, judge and jury respond, waging their own powers in equally questionable ways. A judge arraigned Pilato, today, but who knows for what. A prosecutor will now have to trump up charges, and a jury may assert its legitimacy by adjudicating violations of nonexistent laws.

From my untrained ears, Pilato doesn’t seem to be a specially powerful artist. Acting as if he’s a threat to society, makes him one and only because of that.

Last week at the inauguration of the new president in Nigeria, local journalists so accosted President Mugabe of Zimbabwe that his office later called them Boko Haram.

The video of the SaharaReporters’ encounter is particularly illustrative.

In my view, the so-called journalists were offensive. I’m hardly a supporter of Mugabe, who I consider one of the most devilish leaders Africa has ever seen.

I believe there are times when journalism should work with politics. I remain a devotee of Angela Davis and Herbert Marcuse. But this incident in Nigeria is not one of them.

Neither side understands the facts, yet the IT technologies of iPads and iPhones present them constantly with situations requiring immediate reactions.

There is a reason that ISIS bans most technology. It wants to control the culture and the first step in controlling anything is to neutralize or pacify it. Many in Mosul as in the Boko Haram areas of Nigeria actually prefer such pacification to confrontation. My father did.

Democracy doesn’t exist without confrontation. Open societies need it. But when it reaches the level that technology brings it to, today, it’s like fusion. It expands under its own power and becomes uncontrollable and unpredictable.

When confrontation is such that it provokes a yearning for less freedom than more, when stability becomes society’s first priority, Darth Vader arises again.