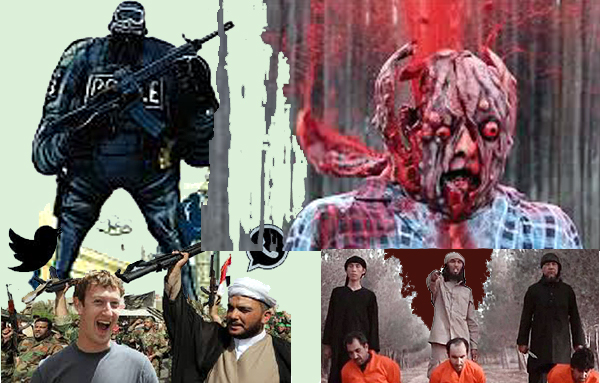 Africans are outraged at the New York Times publication of photos of the dusitD2 hotel massacre in Nairobi Wednesday.

The backlash was severe enough globally that the Times announced a working group that might alter their policy on publishing blood and gore, even as their Director of Photography continues to justify this one.

I won’t show the picture of the particular offense, that of individual diners still in their chairs but collapsed over small restaurant tables in their own blood and destruction. But once that went viral with condemnation many of the other Times’ photos were criticized as well.

The Media Council of Kenya, the country’s media watchdog, accused the Times of “reporting the Dusit attack recklessly without regards to professionalism.” It gave the Times 24 hours to remove the offensive photos, which it has not yet done. The MCK has the power to kick the Times out of the country.

Two hashtags have gone viral: #SomeoneTellNewYorkTimes and #deportkimiko. The reporter filing the story for the Times was Kimiko de Freytas-Tamura, the Times incoming Nairobi bureau chief.

Kimiko went rudely on the defensive, arguing that she had no idea what photos were taken of the article and that she has no say in their use. The photo generating the most offense was actually taken by the Associated Press photographer Khalil Senusi.

In the Times’ formal reply to the MCK it was clear that the media giant was rattled. In a pedantic if arrogant response the Times’ Director of Photography argued, “if we avoid publishing these types of images, we contribute to obscuring the effects of violence and making debates over security and terrorism bloodless… If we shy away from showing the real consequences of some of these policies, then we are doing our readers, and even those who make some of these policy decisions, a disservice.”

Cutting through the mayhem of hashtags and the arrogance of the Times, George Ogola, a Kenyan studying journalism at the University of Lancashire, posed the most cogent criticism I’ve found.

Ogola argues on two fronts why the Times publication was wrong. First, “Terror … target[s] the public. The aim is to cause both physical and psychological harm which is achieved through the creation of shock, panic and a sense of helplessness.”

So by publishing blood and gore, the Times supports the terrorists’ mission much more than necessary to report the actual news.

Second, Ogola argues that in the many more shootings covered by the Times in the United States the blood and gore is remarkably absent:

“The newspaper’s reasoning thus becomes a fabrication, one that speaks to one world and not the other. In the recent terrorist attacks in the [Times] has faithfully protected the dignity of victims. Their stories have not been told with any less clarity and profundity.”

That, of course, is a judgment call in itself assigning a certain level of blood-and-gore to the Nairobi photos Ogola believes was unattained in the coverage of the U.S. tragedies. But I agree with him. The Nairobi story if told the same way the Times told the Parkland story – which had dozens of horrible photos that went unpublished – the public would not have been any less informed.

We are currently embarking throughout the western world on an examination of social media’s freedom as a “platform” rather than a “megaphone,” not just for photos but speech in general. I think the sane world is coming round to the realization that Facebook is less a platform than a megaphone, and that it needs regulation.

The self-regulation of aggressive, good media like the Times is wanting. When times are immoral – as they are today – reportage of that immorality can easily contribute to it.

The Times needs to apologize and reform before the second-term Trump censors do so first.